Zhao spotlights all of the culprits

The release of Zhao Ziyang's memoirs may not settle, once and for all, the degree of culpability, if any, that 1989 Beijing student activists bear for the tragic outcome of an otherwise uplifting and peaceful movement.

But the former secretary-general of the Chinese Communist Party's last words on the topic serve as a powerful reminder that the lion's share of blame for the brutal and completely unnecessary military crackdown in June 1989 falls on Li Peng and a handful of party hardliners who, as Mr Zhao tells it - and as observers have long surmised - gunned for unnecessary violent intervention.

This revelation serves to balance the public discussion about Tiananmen, a debate long hampered by the paucity of verifiable information from the government side and rather too much information from the student side. The student side of the equation, rich in its tabloid complexity, faults, foibles and all, is well documented, thanks in part to the unblinking glare of the media, and the general accessibility of key personalities, most of whom escaped to the United States.

To a lesser extent, the street-level story of what happened in Beijing in the spring of 1989 can be understood in general terms; multitudinous facets of it have been captured in texts, photos, music, memoir, drama and video footage, with enough over-lapping documentation and corroborative detail to map out a basic chronology, even though interpretations differ and divisive views are not entirely settled.

The iconic image of a man standing in front of a tank has exactly that sort of built-in redundancy; it was filmed simultaneously by several photographers and cameramen - one angle on it was taken from my room at the Beijing Hotel - but who the man is, or what meaning can be drawn from the sight of him venting his anger in front of a tank slowly withdrawing from Tiananmen Square remains open to debate.

But if our knowledge of what went on in the streets and behind the closed doors of student strategy sessions is incomplete, it is meticulously documented in comparison to what we know of the government's position. This uneven access has led to a media tendency to put undue emphasis on student agency, both in terms of heroics and assigning guilt.

Given the timid but intransigent stance of China's information guardians who are so far unwilling to pin blame anywhere near the late, great Deng Xiaoping, a variety of intellectual contortions and political postures need be put into play to avoid facing the truth. The most effective obfuscations serve to divert attention elsewhere, but the one that is most distressing to me as a witness and participant is "blame it on the students".

The students were indeed imperfect, and in unwitting ways mimicked the best and worst tendencies of their communist elders. But they did not carry out the bloody crackdown, rather certain units of the PLA did. As for the units of the PLA that refused to join the crackdown, they should be considered people's heroes on a par with the man in front of the tank.

I marched with the students and know most of the student leaders. During the 1989 uprising, I interviewed Chai Ling, the so-called student commander-in-chief, on several occasions. The May 28, 1989 interview seemed of great portent; was she going to run away or stay around until blood started to flow? In a tearful outpouring of words recorded to low-quality videotape, she explored both possibilities and has been both applauded and roundly criticised for this and other provocative statements ever since. I interviewed her again on June 2, 1989 after which she returned to Tiananmen Square where she and hundreds of other fellow students made a last stand followed by a peaceful, PLA-negotiated exit on the dawn of June 4, 1989.

Only then did Chai Ling run away, and to this day the details of her escape from China remain sketchy, though secret diplomatic assistance was the likely route.

By making available to the media, with Chai Ling's express permission in writing, the May 28, 1989 interview, I inadvertently contributed to a media process that put far too much focus on a vivid personality with very little actual power, though she was the titular leader of the students at the time and thus in the mind's eye in charge of tens of thousands of followers.

The charged rhetoric she has subsequently been vilified for was not unique to her; one could hear it in the whispers and shouts of marchers; one could see ink-brush portents of it in poems scribbled on university walls that spoke of "blood flowing down Chang'an Boulevard" a full month before the massacre.

Talk of bodily, if not bloody sacrifice, along with the melodramatic last wills and testaments of the sort that Chai Ling handed me on May 28 were part and parcel of a mass hunger strike, an uncannily effective crowd precipitant that caused the square to swell with well-wishers beyond expectation.

Yet despite crowds a million strong and an abundance of over-the-top rhetoric, the hunger strike ended quietly without a single casualty.

For 20 years the official voice of China, and to a surprising extent, many of its foreign interlocutors, has found it expedient to sweep the basic facts of the crackdown under the carpet, by quibbling about details, cooking up various arguments about the overarching need for stability, or by giving it the silent treatment, in counterpoint to readily available lurid descriptions of what rascals and opportunists the student activists were.

To blame it on the students, as many young people in China do today, is to fall for a propaganda line, to take one's eye off the ball.

As best I could judge, from studying the crowd every day for a month on the square, is that the ever-shifting crowd largely organised and ordered itself, at once subject to the vagaries of mass psychology and the kinetics of crowd dynamics, sometimes for the better, sometimes for the worse. Countless individuals poured into Beijing's most central plaza to create a vivid living tableau with their passion and dedication to peaceful change; they became part of a whole beyond individual control yet coherent and compelling.

While the possibility that there were indeed "black hands" cannot be dismissed, whether it be communist party factions trying to play the student movement to their own political advantage, or the question of clandestine support lent to protesters by foreign embassies, or even the tango between Western media and the protesters, the revelation of influences and interactions is not the same as culpability.

The only real crime was demanding a military solution and then turning the guns on unarmed civilians.

The value of releasing Mr Zhao's belated memoir, which goes for the jugular by singling out a hard-line clique within the CCP, on this, the 20th anniversary of an unnecessary tragedy, is to get the public eye back on the culpability of those most culpable.

Philip J Cunningham is a free-lance writer and political commentator
at May 18, 2009

The good news about the testy televised US-China talks in Anchorage on March 18, 2021 is that both sides felt free to ex... 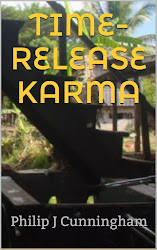 Bangkok then and again