RED ALL THE RAGE 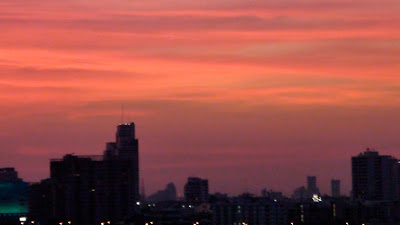 TRIUMPH OF THE SHRILL, THE RHETORIC OF THE REDS

Thanks to internet technology and the media savvy of the money people backing Thailand’s combative red shirts, it is possible to take a virtual seat right in front of the rebel stage at Ratchaprasong and listen to speeches, live music and public service announcements morning, noon and night.

The camera focus is steady and tight, making it impossible for the virtual observer to judge the size, mood or makeup of the crowd, let alone sense the heat, chaos, confusion and odors of the gathering, but one gets a good sense of performer personality and talent, with varied gifts of gab and occasional leaps of inspiring rhetoric.

The key speakers are mostly red celebrities whose fame as activists precedes them. Nattawut Saikua and Jatuporn Promphan and Wisa Khanthap are among best word-slingers and deservedly get the prime time slots.

Other orators drone on, often shrill and humorless, as they repeat the rote, but ever shifting, party line espoused by the "Core.” One day it might be a call to end martial law, another day an absurd complaint about Deputy Prime Minister Suthep Thaugsuban going to have a coffee with the police instead of putting himself under arrest.

The linguistically gifted Wisa Khanthap has a reassuring stage presence; relaxed, avuncular and easy on the ear. On recent evenings he has taken to reading news highlights from Thai Rath, Matichon and Daily News to a largely rural crowd, adopting a gentle, explanatory tone akin to a teacher reading aloud to his students.

But then there’s a hothead now and then who by some twisted conviction, or the desire to play to crowd prejudices, utters thoughts so intolerant, illogical and ill-considered that one wishes he or she would just shut-up. For example,

“Aphisit is a “Yuan” his family came from Vietnam, you know that, don’t you?”

“And what about Sondhi, “Lim the Chink” where did he run away to?”

“And the yellow shirt rallies, they pay Cambodians 500 baht a day to demonstrate, they can’t even speak Thai!”

Other red shirts have made homosexual jokes about leading government figures and routinely describe cowardly actions as “gay.”

Several of the singers are talented, and they convey something akin to transcendental love during the rapture of performing a song, but sadly turn strident, shrill and full of hate when they start to pontificate like politicians.

I rather liked the pluck of one singer, though, who urged fellow demonstrators to buy her CD as a souvenir to take home after the “victory,” until she, like the other “nak rong” wiped the smile off her face and started to parrot the party line. Second-tier speakers frequently fumble the slippery talking points cobbled together by the “Core,” who use a backstage container room as their congress hall.

Worst of all are the Thaksin clones, who like their chatty mentor, speak incessantly out of both sides of mouth, making the ill-mannered billionaire fugitive sound like Mahatma Gandhi, while portraying genuinely good-mannered and gentlemanly Abhisit as a demon foaming at the mouth with blood dripping from his fangs.

Nattawut gives good rhetoric, though as with many of the red speakers, sophistry, not logic is the strong card. In fact, his combative style is reminiscent of George W. Bush.

“Send in your army divisions, send in your police, bring in the tanks, grenades, the AK 47s and kill the people, there will blood everywhere,” he goads, “Or use two men and two guns to arrest one man, that’s it.”

“If you crackdown at three AM, by nine or ten in the morning red shirts will descend on Bangkok, the nation will rise up.”

“And now, for a song…O Democracy, brothers and sisters mowed down…O Democracy!”

Nattawut does for “democracy” what Bush did for “freedom.” It’s enough to make you hate a good word as it is warped to be synonymous with killing, conflict, and war.

The single most inspiring, and disconcerting performance I happened to catch online, however, came on Monday evening around nine as pressure for the reds to disperse was met head-on by a stubborn unwillingness to leave.

Red leader Jatuporn took to the stage and mesmerized the crowd with earthy incantations and rousing rhythms. He had all of Ratchaprasong in his hand for a timeless moment, making the warm-up speakers look like hack comedians on a bad night in a half empty club.

The heavy-set Jatuporn displays a rare élan on stage, and when he finds his groove it’s unexpectedly inspiring, sort of like seeing the serene poker face of an ancient bas-relief king come alive with the rousing jazzy voice of Louis Armstrong. Here, some excerpts:

“Struggle is only way to survive. Once you decide to fight, losing is nothing, winning is all.”

“Ratchaprasong is haunted by the souls of the dead denied justice. We are men, we are human, we love our friends, when our friends die for us, we will stay on, fighting for the martyrs.”

Resounding in rhythm or not, red rhetoric is hot and full of spin, sometimes outright incendiary, but it is generally unmoored from the truth and any sense of fair play.

Seeing how belligerent and gleefully confrontational the Red Shirts have been for several weeks now, --what with slingshots, rocks, sharpened sticks, mass vigilante actions, along with a parallel but unattributed campaign of horrific violence from the shadows, the most recent media makeover making the reds out to be modern-day adherents of Hinduistic “ahimsa” rings hollow.

“We won't surrender,” says Nattawut. “To give in is death, struggle is survival. They died for us so we fight for them, nothing is higher than their sacrifice, we will not surrender, we will die, nothing is more beautiful than this struggle in the whole world.”

There is more than a nascent fascism lurking in the hearts of the hardliners, but there are also moderates who mean well. From the stage one hears a headache-inducing jumble of nihilistic populism, Thaksin hero worship, dated CPT propaganda and banal CEO platitudes.

Perhaps more telling, some of the tired, hoarse Core activists are running out of things to say.

But the language of hate and divisiveness is at odds with the sound and light spectacle. This potent video mix of bad politics and good art brings to mind Leni Riefenstahl’s film classic, “Triumph of the Will.”

Bangkok’s red rally is animated by the politics of rage, but it’s not the outgrowth of a grungy beer-hall putsch.

Call this show “Triumph of the Shrill,” a tinny, tropical gala with only the faintest echoes of the frighteningly photogenic Nuremberg mass rally.

If Thailand goes down the road to perdition, there’s no saying if the trains will run on time, but the road to social collapse, a glimpse of which we can get at Ratchaprasong today, will be almost certainly be graced with clever talk, tasty food and bouncy music.

(published in the Bangkok Post as "Triumph of the Shrill, the Rhetoric of the Reds")
on May 11, 2010