POPULISM, THE POLITICAL OPIATE OF THE PEOPLE 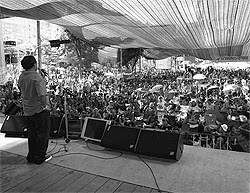 Populism pits the "people" against the "elite" in order to foment change. Demagogues use half-truths, truisms and outright lies to make it happen.

For better or worse, populism has been on the upswing in Thailand in the last 10 years, roughly corresponding to the rise and fall of Thaksin Shinawatra's rule.

Although Thailand has seen populist behaviour before, most especially under the boot of Plaek Phibulsonggram who was a contemporary of Hitler, Mussolini and Tojo, and who was to some extent influenced by the rabid populism that transmuted into fascism at the time, it wasn't until Thaksin's arrival on the national stage that the Thai term prachaniyom was coined to replace the English-loan word for populism.

The good news for a Bangkok establishment fearful of red shirts taking to the streets again is that populist movements tend to fall apart rather quickly, typically due to the lack of sustainable infrastructure and hard-to-resolve internal contradictions, or, more simply, just by becoming unpopular.

Even populist leaders such as Thaksin who managed to scale the heights of power tend to fall, and fail, rather quickly, because taking over the top slot instantly converts them into a symbol of a new, unjust elite, an easy target for a fresh wave of resentment on the part of those who feel betrayed or excluded from the spoils of power.

The bad news for the establishment is this. Populism isn't conjured up out of thin air or pulled out of the ether. It is rooted to the earth, a reflection of real and perceived problems on the ground. It clings to pre-existing fault lines, makes claim to them, manipulates them, exacerbates and explodes them, in the hopes of triggering a seismic shift in power.

Once the cat is out of the bag, indeed even if the cat has run away, the underlying fault lines and rifts, are right there in the open for all to see. If such a social rift is neglected, it will produce new populists to replace the old ones.

Conditions on the ground, such as the vivid rich-poor gap in Thailand, which seemed in recent memory to be a tolerably exotic if not particularly likeable aspect of Thai society, and may indeed be no worse than other places where no protest is evident, now suddenly seems terribly unjust.

And it should, to the degree it is a reflection of an unpalatable truth, large or small, which many would prefer to ignore than countenance.

But then the demagogue comes marching in, the truth gets mangled, and the victims of injustice become unwitting enablers of a wily politician's fame and fortune.

As such, the fortunes of demagogic politicians who seek to ride the wave of public indignation depend in large part on media reach, rhetorical persuasion and the ability to amplify complaints in a way that aggrandises the speaker and personifies the cause, until the two are seen as inseparable.

Populism would be less troubling if there was a way to lose the demagogue, but it is precisely the demagogue, who breathes fear and fire into the mix, using lies, half-truths and shrill identity politics, who sways sentiment and moves people to action.

Demagoguery is a project to rid reality of nuance, irony, complexity and even the truth, while casting things in high-contrast black and white. Populist leaders need the polarising, Manichaean divide to get traction, even if it means widening a fragile fissure or ruthlessly exploiting existing cracks in the social edifice. If they can't meet the people in person, they use the media, especially television, and nowadays the internet, while employing proxies and sycophants to do the up close and personal.

It is telling that so much UDD air-time and stage time at the Ratchaprasong red shirt rallies was frittered away ranting not about poverty, not about unemployment, not about health care or police abuse or minimum wage or slum conditions, but about a horrible, fanged, foaming, blood-thirsty death and destruction-obsessed psycho-killer subhuman monster who goes by the uppity name of Abhisit Vejjajiva.

Everyone's entitled to their opinion of the prime minister; I for one happen to find him intelligent, thoughtful, polite and almost mild-mannered to a fault, though I'd like to see him reach out more to the poor and dispossessed.

But say what you will about the PM's policies, his questionable actions to date and - perhaps more pertinently - a certain degree of ill-timed non-action, the man is no Dracula.

Populists, even when not under threat, are ever in search of enemies, the more dastardly, stark and cartoon-like the better. If they can't find the Dracula of their dreams, they paint fangs on political rivals.

At Ratchaprasong, the red shirts, in both word and deed, betrayed a desperate desire for a truly convincing enemy to whip up the degree of incendiary hatred necessary to provoke fighting in the streets that would in turn set the stage for a rescue from their very own personalised knight in shining armour. They daily portrayed their patron's rival as the devil incarnate, but failed to convince their own political base, let alone society at large.

Thai populism today does not paint a pretty picture of the legendary "land of smiles", let alone a believable and balanced one, because it conceals ruthless political ambition and thrives on manipulative lies and ill will.

But it cannot be dismissed out of hand, either. The yellow shirts used populist technique, not just vilifying their political foes, but initiating the divisive politics of shirt colour to create a destabilising we-them divide in the first place. While Sondhi Limthongkul and Chamlong Srimuang were not strictly populist in the sense that they chose to uphold the status quo and embrace the elite rather than challenge it, they nonetheless introduced a troubling kind of more-Thai-than-thou attitude which edged society closer to the slippery slope of loyalty tests and prosecution of "unThai" activities.

It was at red shirt-controlled Ratchaprasong this past May where a rather more earthy populism briefly blossomed, and subsequently withered, as the core leadership abandoned the crowd and the absent patron went shopping at a pricy boutique in Paris.

The message of red shirt propaganda, however badly twisted, smoke-screened and distorted, however opportunistically hitched to a desperate tycoon trying to regain fame and fortune, was not just hot air.

A bleak, borderline subversive vision of Thailand as a country split into two classes was shrewdly introduced, branded and marketed, court jester-style, on the red stage in which credible singers, emcees, comedians and political hacks all chimed in and tried to stay on message.

They can claim some success to the degree that a trumped up we-them divide deepened and spread around the country, but it wouldn't have taken wing if it did not contain at least a kernel of truth.

While material conditions in the countryside have generally improved, there truly is a stark divide between rich and poor that goes far beyond unequal bank accounts and extends to the social sphere, an endemic divide that offends democratic sensibilities.

If the red shirts have anything worthwhile to say, it is a truism that predates them and will outlast their demise.

There is injustice in the land and it needs urgent tending to. 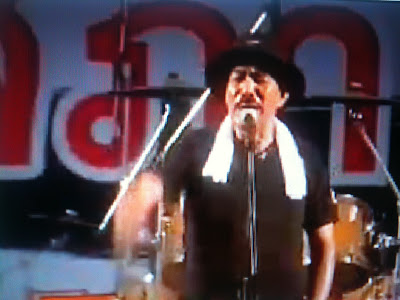 Philip J Cunningham is a freelance writer and political commentator.
on July 06, 2010