ALL THE KING'S MEN: OUT OF HISTORY AND INTO THE PRESENT 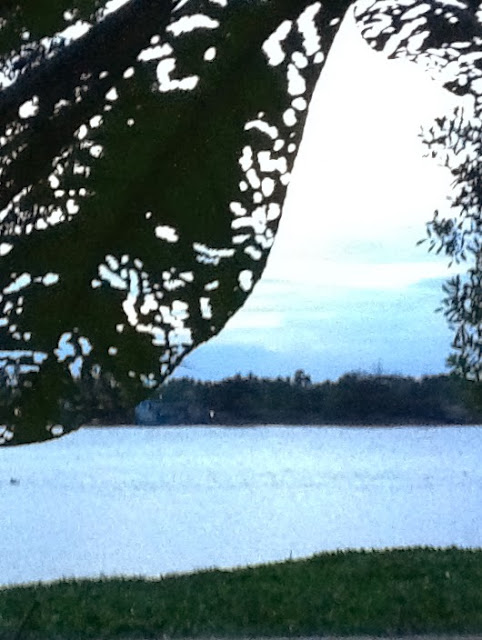 There is the story of a provincial politician, unique to his time and place but universal in resonance, who came to electoral prominence by rousing the poor and trampled-upon into a veritable political army.

He talked the provocative talk of the populist, if not the demagogue; one could even say he talked his way into power, but he made good on some of the promises. He recognised the latent power of the poor, though not always in good ways or with the best of intentions.

Neither handsome nor heroic, he was likeable in a corny, folksy way.

Despite his gift of gab, he was not a good listener, but he didn't drink and he worked hard and went to great lengths to get his name in the paper. From the start, he treated rural areas as his rear base and the media as a hand-maiden to personal ambition.

When he first announced his desire to lead, he was ridiculed and scorned by the established elite and their henchmen. When he vowed to deliver free health care and access to education for all, he caused panic among vested interests.

He had his lucky breaks, but was also supported by powerful establishment figures who did not see the bold maverick as a threat. He had a crack staff of assistants, including media minds, paid agents and security muscle.

He travelled the hinterland by train, bringing the drama of government to remote places where a face-to-face between leaders and the led was known primarily by its absence.

"Make 'em cry, make 'em laugh, make 'em hate you," his advisers urged, anything to keep him at the centre of public attention. He wanted fame and power badly, yet acknowledged it was something deep inside him that even he did not fully understand.

As his circle of power and influence spread, flames of populism were fanned. There were fiery speeches, huge gatherings in public places, torches being waved in the night.

He ran a modern, media-savvy campaign, and liked to have journalists in his pocket, not just to dominate the newspapers and airwaves but to conduct "research" on his political foes. He kept a black book on the vulnerabilities of others to keep them in line. Some could be bought simply with money, as in absolving a bank debt; others could be gradually entrapped in the web of their dreams, by exploiting their passion for ideals.

He could be generous, bestowing wealth, privilege and power on his loyal crew, and he could take it away at whim.

Posters bearing his likeness were everywhere, his witty slogans distributed widely. At rallies one could expect a carnival atmosphere with free food, giveaways and entertainment.

Established politicians were not amused. They saw him getting too big for his breeches, and in what was perhaps an unintended consequence of mobilising the masses to serve his never-ending campaign for himself, the "hicks" started getting too smart.

With power, came criticism. If he was only doing good, why was the media his first target, and why was he so afraid of the truth? The press not in his pocked found him hypocritical, for he was always making deals, deals with the very shady operators he claimed to be rallying against. He tried to explain that "good comes out of bad", revealing a willingness to "deal with the devil" if it helped him carry out his programme.

A few principled characters quit his entourage, or found themselves marginalised, while corrupt officials got a second lease on life. When threatened with censure, he was willing to drop to his knees, to plead and beg on behalf of "the people" who he claimed he wanted to serve. At other times he could be cold and brutal. He lacked a consistent ideology and just sort of made things up as he went along. His politics proved divisive, soon families were arguing and breaking up over conflicting perceptions; was he savior or dictator? His own family was not immune. His son was deeply conflicted due to unrealistic expectations, frequently finding solace in inebriation.

The judiciary was one last pocket of resistance to his rule. He could play the electoral process like a fiddle, controlling votes enough to deflect censure or impeachment, but didn't have an easy way out when he was found to have broken the law.

Soon "spontaneous" demonstrations, erupted. He gave the signal to "turn the yokels out" and break some heads. Overnight, the streets of the capital were filled with outraged supporters. He instructed them to remain in place, not leave or go home, even as tensions mounted. "Stay here till the fight is over, stay where you are."

He made his cause the people's cause in order to further his personal cause. In the end, he was brought down by his limitless ambitions. As a close associate wryly noted, "You're pretty good at talking... well, the words are still good, but you aren't, and I don't believe you ever were."

The above story is fiction. Any similarity to real persons or events is purely coincidental.

But it is superlative fiction. Robert Penn Warren won the Pulitzer Prize for his telling of the mythic tale, and the subsequent film, from which the above outline is sketched, won the Academy Award for Best Film in 1949.

Based on the corrupt politics in Louisiana and the American South over half a century ago, the story is infused with the idea that all actions have consequences and that the human will shapes destiny.

The Academy Award Best Picture All the King's Men is a classic that transcends the time and place of its origin, to inform and enlighten even today.


Philip J Cunningham is a free-lance writer and political commentator.
on August 20, 2010