A GLIMPSE AT THE POWER BEHIND THE CURTAIN 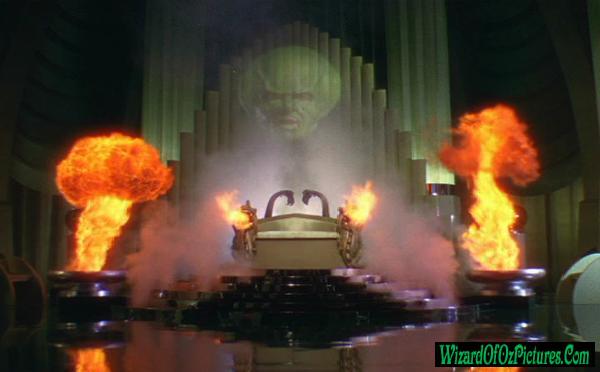 
Wikileak's online dump of US State Department cables is interesting to peruse but not especially revelatory so far. From what documents have been made public to date, it looks like the messy work of diplomacy as usual. As veteran whistleblower Daniel Ellsberg pointed out on “Democracy Now”, the material comes from a database which has been given a security classification so low in the hierarchy of US intelligence briefings that he wouldn't even have bothered to look at it when he worked as a mid-level intelligence analyst, given the priority accorded to truly secretive and sensitive documents.

That’s not to say the data trove is irrelevant; it's the sort of raw material that makes diplomats cringe and historians intrigued. It's a random, grab-bag snapshot of official US thinking about friends and enemies, diplomatic challenges past and present. It has shed rather more humiliation than light, sort of like a bathroom stall being suddenly kicked open.

The unflattering material ranges from sordid to insightful, from Machiavellian finesse to blunt bullying, but it’s the methods of Hillary Clinton’s State Department, which call on diplomats to cull biometric data and engage in virtual stalking, that really raise eyebrows.

Much of the information is awkward but not at all secret, rather like transcripts of friends talking about friends behind their backs.A significant portion of the “statecraft” described in on-line posts certainly has an odor of hypocrisy and deception, but what foreign ministry could survive without a certain amount of double-speak?

In due time, the sheer volume of data to come may help to better determine as to whether the US government has so lost sight of its espoused ideals as to allow deception, petty thuggery and double standards to be the new norm.

The US State Department is quick to perceive skullduggery when dealing with others but it apparently cannot see the same in its own behavior.

The kind of diplomatic deal-making in which Beijing excels, for example, by agreeing to buy a billion dollars worth of XYZ in return for some political concession, at least has the virtue of drumming up business for Boeing and Airbus and extending the opportunity of air travel to ordinary Chinese.

What can be said about the US frittering away diplomatic goodwill and twisting arms to get allies like Belgium to accept token pariah prisoners who have been kept in legal limbo at Guantanamo, or to pressure Germany to hush up and halt legal proceedings against extraordinary renditions?

Is that the kind of wheeling and dealing the world’s so-called "beacon of democracy" engages in? If so, it’s not just petty but pathetic.

The supposed horror of the unveiled secrets doesn’t begin to compare to the public and documented horrors of aerial bombing, the near-daily use of which has left America’s reputation tarnished and tattered in a way no piece of paper could hope to achieve.

What the data dump offers is a compelling view of the world as seen from Foggy Bottom, the State Department's home base in Washington. It's a Manichean view that reduces the planet earth to a giant game board of friends and enemies, informants and subjects.

Historians know well that America has never been half as idealistic as it likes to see itself; it takes a certain amount of over-arching ego and sustained brutality to seize and secure a continental land mass, however sparsely populated it might have been when the great American experiment got started.

But America was, and still is, in a much-diminished sense, a beacon for immigrants fleeing oppression or simply seeking economic opportunity. The spirit invoked by the Statue of Liberty, embracing the poor and huddled masses, still shines brighter than all the lights in New York City, but somewhere during the transition from an ordinary nation to an over-extended military power, America lost touch with its better angels and set itself on the road to being the new Rome.

In doing so, the US lost what high moral ground it might have possessed after liberating Europe from Nazism and got stuck in a series of murky quagmires that have lead to the slippery slope it treads today.

There’s a temptation to date the fork in the road to the contested election of 2000 that put George W. Bush in the White House, though the roots of imperial rot go way back, back to bombs over Belgrade, bombs over Hanoi, bombs over Pyongyang and of course, back to the fount of US military immorality, bombs over Nagasaki and Hiroshima.

The sudden unexpected airing of cables showing the inner-workings of the US State Department may one day be seen as a moment in Uncle Sam’s imperial history akin to the denouement in the Hollywood classic, "The Wizard of Oz" in which little dog Toto pulls back the curtain on the control room, revealing that the Wizard is not only less omniscient and powerful than was previously believed, but is something of a sham. 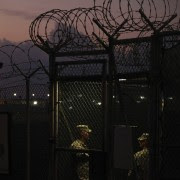 (illustrations from Wizard of Oz Pictures and Spiegel Online)
on December 01, 2010