UNSTATELY STATE OF THE UNION 2011 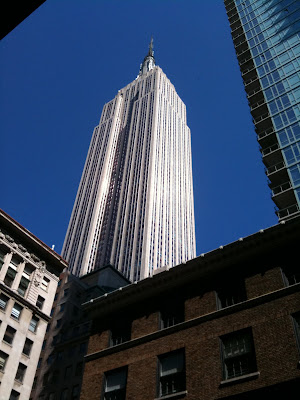 The US State of the Union address is consummate political theatre, the highest expression of democratic showmanship. It's full of rousing words -bigger, faster, better- and lofty phrases that take flight like balloons released at a political rally -red, white and blue- that go gently leaping into the night, soaring, glistening, ebullient and full of promise.

President Barack Obama's speech on Jan 25 had a staged quality, not just because of the tight scripting, the lights and cameras, but because applause is so much part of the show that it is written into the White House transcript of the event. It's tea-leaf reading time, as pundits ponder protocol and seating arrangements, a time for trotting out model workers and latter-day Lei Feng characters whose decency and integrity serves to sanitise, by association, the wily politicians who talk about them.

Despite the well-presented rhetoric, Mr Obama contradicts himself as surely as he looks left and then to the right, then back again, keeping up with the tele-prompter. If he appears to be speaking out of both sides of his mouth, it is a testament to wanting it both ways.

After green-lighting trillions for the corrupt on Wall Street, he acknowledges that the rich, too, should be taxed. He wants to cut taxes and increase spending. He invites the Pentagon to find some fat to trim, but sends them to war, effectively a blank cheque for endless spending.

He cites the greatness of American colleges -part of what makes them great is stubborn independence that keeps the government and military at arm's length- but wants the military back on campus.

He jokes about his government's intrusive body checks at airports as a plug for trains yet unbuilt. He's shocked at a random incident of violence at home but brushes over the chronic violence of the US war effort abroad.

Politically-correct rhetoric about racial diversity and sexual tolerance in the US armed forces sounds good, but does not change a flawed foreign policy or mitigate ill-considered, inhumane military adventurism abroad.

Mr Obama conjures up a misleading vision of American troops leaving Iraq with their heads high, failing to acknowledge the tens of thousands who left on their backs, shipped out in boxes and on stretchers, having sacrificed life and limb in a gratuitous war.

And after nine years of fruitless effort to destroy the Taliban, he's calling for more bombs over the Hindu Kush.

One clear dividend of Chinese President Hu Jintao's recent state visit to Washington is that China-bashing, a popular contact sport for opportunistic political hacks in the capital, was written out of the script.

China does figure in the speech, and in largely positive light, as a goad to American competitiveness. China is "building faster trains and newer airports'', it has solar research and faster computers, it has made efforts in education and it is supporting new jobs in the United States.

What is implied but is left unsaid is that China is the new "other'', filling the vacuum left by the demise of the USSR. It has become the new yardstick, comparison with which is the new criteria for measuring American success.

Wisely avoiding a blame game, Mr Obama instead struggles to bolster a sense of American exceptionalism, even as the economy is teetering, invoking everything from the universality of US ideals to the implicit support of the Almighty in heaven above.

He cites things that supposedly set the US apart as a nation:

"We do big things... We're a nation that says "I might not have a lot of money, but I have this great idea for a new company... I might not come from a family of college graduates, but I will be the first to get my degree...''

All of the above may be true. But can the same not be said for China and other countries?

Then he sounds a bit like Bush Jr, recycling the swagger when he proclaims, "We have taken the fight to al-Qaeda'' and "we will defeat you''.

And the mild-mannered Democrat can be triumphalist, too. "Tonight we can say American leadership has been renewed and America's standing has been restored.''

But Mr Obama generally has a gentler way with words than his predecessor. Consider this Orwellian euphemism for the bloody and inaccurate drone attacks on the Afghanistan-Pakistan border: "Their leaders and operatives are being removed from the battlefield.''

At one point Mr Obama complains that cutbacks make America a plane without an engine, flying high due to the lightened load, but sure to soon "feel the impact''. Why ditch the engine? How about a "plane of state'' that is not weighed down with heavy bombs on its wing tips?

A most inappropriate comparison is invoked when Mr Obama -under whose negligent stewardship the American space programme has scuttled plans for Moon and Mars projects- declares that this is a "Sputnik moment''. More like a Sputnik yawn. A decade from now, if there are any men in space at all, it will be because China rose to pick up the challenge where America left off.

A space race is not without political drama, but how much better it would be for all of us if the urge for competitive aggression, invasion and application of military know-how were played out exploring the Moon and other uninhabited worlds, rather than pummelling delicate, crowded planet Earth.

Mr Obama closes with the usual religious pieties. But why, pray tell, should God bless America? If there is a God, it is jarring to think that the Almighty would take so prejudiced an interest in political boundaries as to bless one nation at the expense of others.

Remember those balloons? Soon after the exhilaration of release, they drift out of sight, then lose air and altitude. They shrink, shrivel, pucker up and then drop from the sky, one by one, with only tattered bits of rubber to show for their once lofty promise.