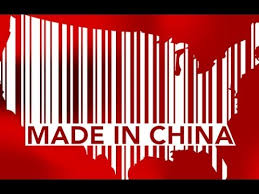 A storm is brewing in Washington about the fact that the red, white and blue uniforms of the US Olympic team were made in China. Senate Majority Leader Harry Reid went so far as to say they should be burned.
Meanwhile, US President Barack Obama and his election rival Mitt Romney battle it out tabloid style, trading snipes and innuendo, adopting the role of uber-patriots, carelessly and regrettably taking cheap shots, including pot shots at China, which has been trotted out and trumped up as nemesis No 1 during this time of US domestic stress.
Alas, the season of China-bashing has arrived.
China-bashing is not an original concept, but rather a spin-off of the "Japan-bashing" of the 1980s. Japan-bashing was a phrase coined by a public relations firm and used by Japanese commentators seeking to counter critical US media reports by blurring the line between honest critics and xenophobes. Though an artificial construct, it took on a life of its own during Japan's economic boom, especially when the US media went into overdrive in its attacks on Japan and political posturing in Washington seemed to single out Japan to the point of racial stereotyping.
As China has come to eclipse Japan as the leading power in Asia, it has become, by a combination of circumstance, habit and design, the focus of the same sort of simmering distrust and opportunistic targeting that Japan complained about during its seemingly unstoppable ascent.
Like Japan, it sometimes confuses fair criticism with unmerited attacks. But that is not to say there is no underlying prejudice. America's self-righteous opinion leaders and self-appointed guardians of the nation have turned their unfriendly gaze from one Asian power to another.
Now with the US presidential election moving into the home stretch, the China card is visibly in play.
The good news, if there is anything good about gratuitous attacks on another country for narrow political gain, is that they will pass, almost like clockwork, as soon as the election is over and the new administration is done currying favor and rewarding its political base.
It is difficult to think of a US politician more ill-disposed to China at the outset than Richard Nixon, but he changed, memorably so. Ronald Reagan, Bush senior and Bush junior, also changed tack and tone after taking office. Bill Clinton's famous jibe about his rival George H.W. Bush "coddling the dictators of Beijing" was put to rest when he basked in the lavish attention of his hosts during his 1998 official visit to China, effectively prolonging his stay to avoid a brewing scandal back in the US.
While it is hard for journalists to be completely objective, good journalists go a long way to transcend the cultural constraints of their upbringing and many foreign correspondents, though critical in what they write, are truly fond of the countries they report on. Honest, hard-hitting, well-researched reports are par for the course in journalism. The specter of bashing arises when complex interconnected issues are blown out of proportion, shorn of context, and deliberately distorted, in order to humiliate a rival for political effect.
Despite the fact that the global social fabric is intricately interwoven and indelibly linked, there are emotional "we-them" contests going on everywhere. While hyped-up one-sidedness and extreme partisanship may be acceptable in the realm of sports, it is dangerous in politics and has no place in journalism, especially when national chauvinism or racial innuendo come into play.
Despite the inescapable interconnectivity of China and the world, China is sometimes treated like the ultimate other, especially by the US which has a habit of defining itself by rivalry; whether it was the space race with Russia or the economic battle with Japan, and now China.
Being targeted as such does not go unnoticed by those being targeted, especially in this computer age, and incidents of China-bashing can provoke like-minded incidents in return.
US-bashing is not unknown in China; the temptation to point the finger at others and find blame far from home is common human behavior.
Whether it be the State press, or more likely the lively Internet, with Chinese netizens venting volatile feelings online in the form of anti-US, and more generally, anti-foreign rants, what goes around comes around. This suggests common anxieties of some sort, with the attendant risk of things spiraling out of control.
The angst of some US politicians and pundits in this time of transition is understandable, but they should think before reflexively pointing a finger at China.
As the ultimate "other", China has the dubious honor of being a useful distraction for US politicians trying to pivot and portray themselves as patriots, while whipping up group-think in order to corral more votes.
Neither the incumbent Democratic president nor his well-heeled Republican challenger has offered much hope that the US military-security complex's predilection for war and violent intervention will end any time soon. Nor has either candidate shown the know-how or political will to get the US out of the economic doldrums.
But, of course, when it comes to China, they have it all figured out.
The author is a visiting fellow in the East Asia Program, Cornell University, New York.
(China Daily 07/16/2012 page9)