THE LONG SHADOW OF SILICON VALLEY

US whistle-blower Edward Snowden finds haven in Hong Kong, but for how long? 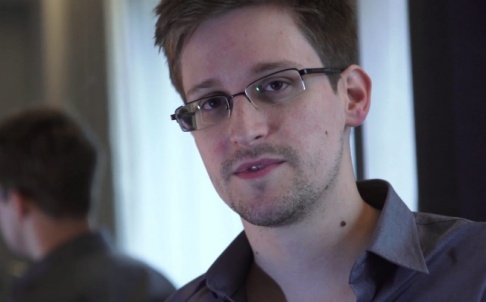 While Barack Obama played golf on an estate in California, a young man named Edward Snowden emerged from hiding in Hong Kong to tell the world how the US was at risk of becoming a surveillance state at odds with its own better nature. As a former intelligence insider, Snowden knows he cannot escape the electronic dragnet of the National Security Agency for long.
Then there is Glenn Greenwald, a US lawyer and constitutional rights activist who Snowden shared information with. Greenwald writes for The Guardian, a connection which helped propel this story to stratospheric heights. If Snowden's situation brings to mind Bradley Manning, who was thrown into the brig and is likely to get a long jail sentence, then Greenwald's situation has echoes of Julian Assange, who used The Guardian to publicise the WikiLeaks material, only to find himself subject to an ongoing political witch-hunt.
Greenwald and Snowden's Hong Kong-based interviews have been broadcast around the world in the same way that controversial China stories get aired, via satellite link from freewheeling Hong Kong.
As a freelance journalist covering the Tiananmen demonstrations in Beijing in 1989, I remember the great relief I felt upon arriving in Hong Kong just a few days after the bloody crackdown. Despite the noise and crowds, it was wonderful to be in a city with a vigorous tradition of press freedom and free information flow.
Thus it somehow seems appropriate that today, now fully under Chinese sovereignty, Hong Kong finds itself a safe haven again, welcoming a new kind of dissident: an American at odds with the US security state.
In an interview with Greenwald, Snowden explains his bold action, saying he could not "in good conscience allow the US government to destroy privacy, internet freedom and basic liberties for people around the world with this massive surveillance machine they're secretly building".
There is much to ponder in the substance of the leaks about NSA snooping, the gist of which appears to be reliable and accurate. What is uncertain is the juridical fate for Snowden. To some he is a traitor and snitch, to others a hero and truth-teller.
Already, congressman Peter King and other neo-nationalists in the US are calling the exposé a disgrace. He is particularly riled that Snowden chose to go to Hong Kong, which, King says, "puts us at the mercy of China".
If so, let China be merciful in the same way the US has received Chinese dissidents with open arms.
Will he be handed over as a token gift to seal the deal of the elite powwow at Sunnylands? Or will he find protection in slowly democratising China, safe from the long reach of US law?
Philip J. Cunningham is a media researcher and freelance writer