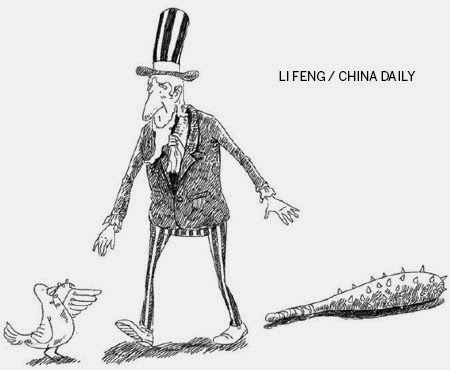 The tragic crisis in Syria is giving the world a glimpse of what a multilateral future might look like. Instead of going it alone, the United States has decided to compromise and work with other stakeholders in the international system.
The difference between dropping and not dropping bombs on Syria is not just the difference between the merits of war and diplomacy. Rather it's the first glimpse of a new world order, in which the US has an important role to play, but doesn't always get things its way, especially when the leadership lacks support at home and abroad.
It was far from US President Barack Obama's finest moment, but he was far-sighted enough to put a bad decision on hold, with the knowledge that flip-flops and lousy optics don't matter if he gets the right fix for the problem in the long run. He proved he's still got game; caught flat-footed in a corner, he threw the ball to Russian President Vladimir Putin.
As for this turnabout, the American public gets some of the credit, for citizens in all walks of life made it clear, through the media, on the Internet and through their elected representatives, that they are war-weary. Fans started to boo Team America when it adopted the gangster pose of a gung-ho gunslinger.
A bellicose US president has backed down for lack of support, though he remains truculent enough to reserve the right to launch unilateral attacks in the future, un-vetted and unapproved by Congress, in the name of "national security".
Even after Russia offered what appears to be an effective way out, Obama symbolically stuck to his guns, delivering a prime-time war speech riddled with internal contradictions and doubts. On the one hand, the boilerplate script for a call to arms was full of rash, rhetorical bravado, asking Americans to watch the sickening news videos from Syria, as if to provoke a visceral reaction that would cloud clear thinking.
Furthermore the offensive was billed as a "no boots on the ground" affair, which is code for killing without fear of being killed; an unkind message hammered home by neo-liberal hawks close to the president, such as National Security Advisor Susan Rice and UN Ambassador Samantha Powers.
On the other hand, enough wiggle room was left to make way for the weak possibility that there remained a peaceful way to squelch Syria's chemical weaponry, if Russia came out in support of verifiable inspections.
If the community of nations is to evolve beyond the one-sided bullying of unilateralism to the communal decision-making of multilateralism, the US needs to behave more democratically in international forums.
Cutting back on the excesses of US exceptionalism by which it makes the rules but doesn't necessarily abide by them would be a good start. The US leads the world in arms sales, so-called "conventional weapons", the horrific use of which does not constitute crossing a red line. The US also possesses chemical weapons, used napalm to brutal effect in Vietnam and currently uses chemicals to execute death row prisoners. And don't even think about sharing videos of civilians killed by US aerial strikes; former US Army soldier Bradley Manning did just that and he's behind bars now.
The imperial long table at which the US presides like a king needs to be replaced by a round table of major powers, where mutual respect is accorded to all. Despite his strongman posturing, Putin showed a willingness to sit at such a table, and indeed his country is an important stakeholder with a role to play in bringing peace to Syria.
China has managed to stay mostly out of the fray, but has been quietly insistent on a diplomatic solution to Syria's woes.
Nothing drove home US isolation more powerfully than the way Britain, America's closest ally, and over-eager supporter of the morally bankrupt war in Iraq, flatly refused to support the US plan for military intervention in Syria despite Prime Minister David Cameron's insistence on launching an attack.
This downshift in US supremacy is nothing to be downcast about; the US is, and will continue to be, a key player for decades to come. But the reality of a multipolar world does call for greater prudence and caution in projecting power, especially when it comes to violent intervention abroad.
One can see an evolution, from the brutal and foolish unilateralism, which characterized the trumped-up war in Iraq, to the cautious multilateralism that the crisis in Syria requires. This does not necessarily represent a diminution of US influence, but a new kind of influence that is being conducted in concert with other nations.
The over-taxed, under-appreciated citizens of the US need not mourn the passing of America's unilateral moment, rather they should welcome the sharing of heavy burdens when it comes to the thankless burden of policing the world.
Multilateralism has its constraints and frustrations, but it is rightly intolerant of letting any single leader launch punitive expeditions or declare a war at will, and as such provides useful checks and balances. At the same time, putting more effort into working with the UN, and less effort into undermining it - and spying on it - will help the US to mend relations with strong, self-respecting partners like Russia, China and Brazil.
There's no simple formula to stop Syria's civil war, but adding bombs to the mix, and supplying weapons to radical jihadi fighters is unlikely to bring about peace.
Working with other countries for a diplomatic solution to this and other vexing problems may not be easy, and it may not make optimal use of America's awesome arsenal, but paradoxically it will strengthen the US if the careless habit of being a go-it-alone cowboy can be converted into a willingness to do the hard work of working with others for a more just world. 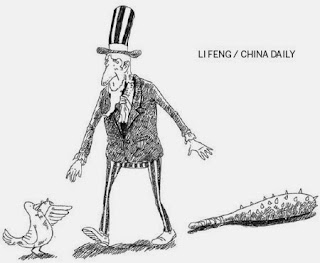 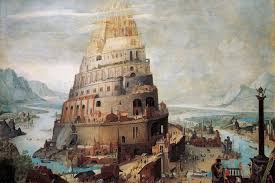 The United States is at a key crossroads, trying to regain the trust of its citizens and friendly nations around the world even while it continues to lie and dissimulate in defense of the National Security Agency's overreach. The obsessive eavesdropping of the US security state shows no signs of abating, despite the dangers it poses to US civil liberties, the conduct of diplomacy and even issues of war and peace.
US snooping on the United Nations in 2003 helped finesse the "slam dunk" diplomatic moment for promoting an ill-conceived war in Iraq, and may now influence emerging policy on Syria. Americans have unwittingly supported this dysfunctional state of affairs with their tax dollars even while spending on health, education and infrastructure has withered and crumbled.
Billions of dollars are poured into snooping, billions more on excessive secrecy, though former NSA operative Edward Snowden's vast revelations gave the world a free peek into how the world's most awesome spy machine operates.
What's more, billions of honest business dollars are at risk, because of newfound doubts about cloud computing, and billions more are likely to be lost as the world market turns away from NSA-tainted US products and insecure communication systems.
What self-respecting government wants to rely on the products of Google, Facebook, Microsoft, Intel, Yahoo, Apple or any other Silicon Valley behemoth which partners with the NSA, especially when it comes to sensitive and secure communication?
But the lost investment costs are just the tip of the iceberg. In the sharp glare of electronic snooping that makes civilian existence naked to an untold number of unknown others, whither trust, old-fashioned decency, personal privacy? Even Americans, famously dedicated to free expression, will reflexively start to self-censor and change their behavior, knowing that everything and anything communicated over the phone, the Internet, GPS or any chip-enabled device is at risk and could be used against them.
US diplomacy is also a victim of Internet hypocrisy. Former US secretary of state Hillary Clinton tirelessly traveled the world singing praise of the Silicon Valley and "Internet freedom" even while her State Department took the lead in bugging the UN and EU offices in the US and abroad.
The Barack Obama administration is facing a crisis of trust. Obama made the straight-faced claim that NSA does not listen to American phone calls and has gone as far as to say, "we don't have a domestic spying program", echoing the documented untruth told by his National Intelligence Director James Clapper, who said under oath: "We don't wittingly collect information on millions of Americans."
Joseph Nye, a Harvard professor who has worked in government intelligence, has emerged as a mild-mannered spokesman for the rude security regime that an embattled Obama is desperately trying to keep under wraps.
Nye, like other Washington D.C. insiders, insists the US is different because, well, it's different. Unlike China and Russia, the US only spies on foreigners; a spurious claim given the daily breaking news of US domestic email interception, back door access to recorded phone calls, metadata sifting, NSA information sharing with the FBI without a court order and other assaults upon the US Fourth Amendment against unlawful search and seizure.
Nye hews close to party line talking points, emphasizing that the NSA prevents terrorism, a canard that gets repeated like a mantra despite little documentary evidence of its efficacy. Nor does the repeated wolf-cry of terrorism begin to explain the extensive and intrusive snooping (including trade and economic issues) on friends, citizens and allies, which Nye rightly questions in his even-keeled apologia that acknowledges, "Americans are not without sin".
Despite this, Nye sees no hypocrisy, just "untidiness", in the way the US lives up to its democratic principles. He implies that the long reach of the NSA, which puts ears and eyes in the homes of hundreds of millions of people, is a "modest trade-off" in the name of security.
Finally, Nye engages in a deft sleight of hand, claiming that the reason we can have such a debate in the first place is because the NSA - draconian though it may be as it snoops, steals secrets, suppresses accountability and stifles debate - has, despite its lack of accountability, somehow prevented harsher draconian systems from taking root.
Would such a debate be taking place now if Snowden had not blown the whistle on NSA's over-reach? Where are the safeguards to prevent the NSA, with its capability to collect any and all personal information, from becoming a turnkey totalitarian control system?
The Internet, long hyped by its evangelists as an unstoppable force for good, has indeed grown bigger and bigger, almost beyond belief, year after year, but to what end? One day the gluttony for information and obsession with spying will cause the edifice of the NSA to face its Tower of Babel moment, whereupon the excessive noise, interference and babbling in its Panopticon might create just enough fear, loathing and pandemonium as to herald the demise of the Internet.