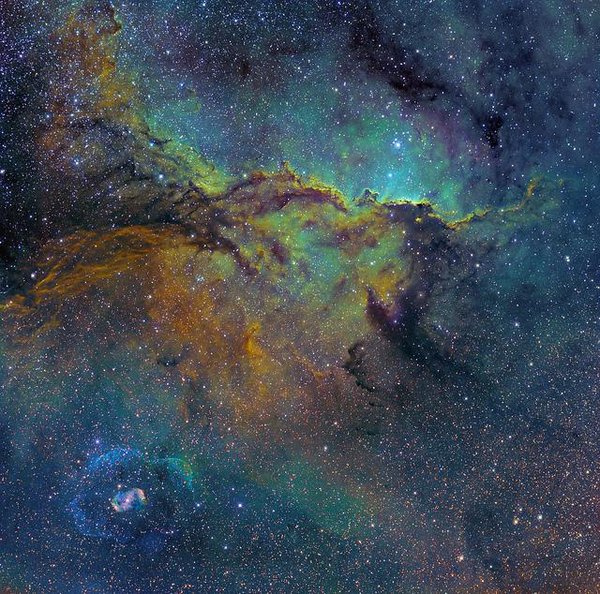 The Nobel Prize in Physics for 2013 has just been awarded to Peter Higgs and Francois Englert for helping the world understand how a background field can cause phantom particles to acquire mass. The relatively irrational world of politics, riddled as it is with contradictions, offers its own version of the Higgs Field in terms of divergent national narratives.

For example, a news story can gain heft and traction in one field, while its equivalent in another field is rendered weightless or lightweight. The use of bombs and bullets by terrorists to maim and kill civilians in a luxury shopping center is a heavy media event. But when the US uses bombs and bullets on civilians in a remote desert, it gets off light. Before the concept of Higgs Field entered public discourse, there were other less elegant ways of describing the effect of field on a story. The durable concept of "double standards" comes to mind, as does "narrative frame". Either way, one man's meat is another man's poison.
Washington's doublespeak is littered with terms that assign a different weight to murder, depending on who does it and where it happens. When the US does it, it's collateral damage, pacification, humanitarian intervention, peacekeeping, surgical strikes, to mention a few, whereas an act of violence by the other side is terrorism, and those who use violence terrorists. Violence is rendered understandable, if not respectable, when the US government does it, but just plain murder when someone else tries the same.

When the use of chemical weapon by a non-US ally comes to light, it's a red line, a spark for war. When the US uses chemical weapons, such hundreds of thousands of tons of Dow Chemical-produced napalm dropped on villagers in Vietnam, or depleted uranium shells dropped in Iraq, it's war as usual.
When something bad happens far away from US shores, the US media pegs it as political news, but when something similar happens close to home, it's a "mental health" issue.
There is also a distortion field when it comes to the issue of sovereignty. The US is big on self-determination when it results in breaking up non-allied countries into small pieces. Look at the glee and end-of-history triumphalism that greeted the disintegration of the Soviet Union and even little Yugoslavia. Curiously enough, there is zero tolerance for secessionist self-determination in the US itself. The last time a region tried that, in 1861, the country suffered the bloodiest war in its history. Ever since, the winning side has been lionized in Greco-Roman architecture for all future generations to genuflect to.
Winning a civil war isn't everything, but it's a force that puts you on the right side of the force field.
It's been a bad few weeks in the Beltway, inside and outside the corridors of power. Inside, elected representatives, so-called public servants, shut down the government to better carry on their partisan bickering, bullying and betting the bank in the hope that the other guy will blink first.
On the outside, a concatenation of violent events speaks to random acts of individual despair. While a tragic farce is played out in the White House and Capitol, troubled citizens have been self-destructing in dramatic ways.
There have been numerous shootings and shootouts throughout the gun-laden, prison-packed United States, including the case of a gun slinging Navy veteran who went on the rampage at a Washington D.C. Navy installation at the cost of a dozen lives and his own and the self-immolation on the national mall of the capital of a black man who despaired of the state of US democracy. But it is the cold-blooded police killing of ordinary civilian Miriam Carey in the shadow of the US Capitol Building that underscores the sickness of a system over-reliant on gun usage.
An unarmed black woman with no known agenda bumped her car into a barrier in front of US President Barack Obama's tightly guarded residence. For this "outrageous" crime, seven shots were fired into her car, no questions asked. She then fled, and to the credit of her driving skills, eluded top-notch secret service experts until she got to the Capitol where a roadblock gave her no escape. She was coaxed out of the car in which her one- year-old daughter lay mercifully unharmed, only to be cruelly cut down in a hail of bullets, even though she was unarmed.
In a different field, the American media lens might see such an act as an extra-judicial killing or gangland-style execution, or theorize that it was emblematic of a fascist government run amok. But the power of US icons is such that American propagandists quickly termed the Carey killing as a "heroic effort" which "rescued" Carey's baby, while keeping sacrosanct the brick and mortar symbols of US democracy.
Given the asymmetric violence and lack of compassion, it's an incident that seems as alien to America's self-image as Nazi Germany.
Yet a reckless Berlin driver who scratched a traffic pole outside the Reich Chancellery and raced all the way to the Reichstag might well have been treated more judiciously, even during the height of Hitler's rule.
Another way to look at the Carey tragedy is as blowback of a bad war coming home. Shooting up cars full of unidentified people at roadblocks in US-occupied Iraq was standard operating procedure, even if there were children inside the vehicles or the hapless drivers were lost and in a panic because of the unfriendly attention of US soldiers waving guns.
Somewhere along the long and winding road of US democratic experimentation, Uncle Sam lost his way. As political scientist Chalmers Johnson presciently observed, the US can be a democracy, or an imperial power; it can't be both and remain effective.
on October 15, 2013