WATCHING THE WATCHDOGS WATCHING US 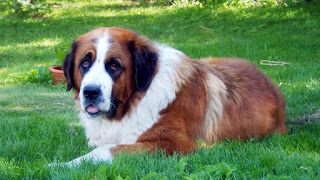 Good journalism has boundaries but it knows no borders. It is not without guidelines and a guiding spirit, but it is not beholden to any person or power. We live in an age of disruption, in which the old paradigm of mass media dominated by TV and newspapers is being transformed by the promise and pitfalls of the interactive web. The new way of doing things both informs and infuriates the guardians of traditional media, as the new way of doing things poses serious challenges.  Ultimately the new and old will be absorbed and incorporated by the best and most adept as the media reinvents itself.

Luo Changping, former deputy editor of Caijing is a prophet of the new media system that is emerging at a time of diminished TV viewing and newspaper profitability. He embraces the potential of social networks, such as Weibo and WeChat, to bypass traditional media bureaucracy and get the word out, but the professional quality of his work reflects the values of traditional media even as he goes outside the system.

Luo Changping left the traditional media, but he didn't hang up his hat as journalist when he walked out of the door of Caijing. Instead he continues to invesigate, based on verifiable sources, on issues for which he has a passion.

Writing in Nieman Reports, a Harvard University publication dedicated to elevating the quality of journalism, Luo states that Weibo and WeChat "have brought a degree of freedom of speech and freedom of association, emphatically replacing the stringently regulated traditional media and becoming the main battleground of social discourse."

His word choice is bombastic, but what comes through is his passion, and passion is the operative term, because journalism is hard work. When done poorly, it reflects poorly on the person who produces it. When done well, it may benefit society as a whole but it is also likely to make someone, somewhere upset, even bent on vengeance.

Given the cacophony of today's 24/7 news streams and countless blogs and personal media, a whistle blower needs the reach of the traditional media without its constraints. Social networks are notoriously fickle, but they do have the ability to break wide, reproducing a message or meme for the whole world to see.

Going viral isn't just a pop option; without it the web-based watchdog has no bark, let alone bite.

In the old media paradigm, the power to shine light in dark places was beyond the ken of a single individual. There's much truth to the adage that the only way to have a free press is to own one, but the good news is that ownership is getting inexpensive, accessible and thus potentially empowering to anyone with a smartphone or a computer and a decent internet connection.

Media has never been free, not in terms of content, and not in terms of money, but it is probably freer than ever today. The Internet revolution, which is the Gutenberg moment of our times, now makes it possible for an ordinary person with a microblog to achieve for a few pennies what once the prerogative of tycoons and their publishing empires.

A citizen publisher can reach a potential audience of millions with the push of a button, but the hard work of investigation, fact-checking, writing and editing is as difficult as ever, and maybe even more so.

One advantage of the old, vertical system is the division of labor. A reporter is fact-checked and edited, and then green-lighted, or not, by an editor who has an owner or a leadership team to answer to, and a readership to be responsible to, while also serving as a arbiter of taste, tone and suitability.

The whistle-blower can rarely afford such a backup crew, and as lone ronin, they only have their own sword to fall on when things go wrong.

Despite the risks of being wrong, or wronged, whistle-blowers usually go rogue. With a persecution complex that may well be reality-based, they slash at windmills and slug it out solo in the belief that their words must be free. They have lost faith in the system, but not in society. They fear the system will tone down, if not totally extinguish, the information that society needs to correct itself.

What is refreshing about the Luo Changping case is that he insisted on naming names, starting with his own, and then that of the powerful target of his probe, China Resources Chairman, Liu Tienan. Ditto for Wang Wenzhi who writes for the Economic Information Daily newspaper but resorted to using his real-name Weibo account to name and shame a high-ranking official named Song Lin.

This is bold, if not breath-taking, in a media environment beholden to the powers that be. Fortunately for both Luo Changping and Wang Wenzhe, the courage of their convictions is backed by factual evidence and matched by the seriousness of the government's drive to uncover corruption.

Nowadays, anyone can be a publisher, but not everyone does a good job of it. As the net matures, and the annoying agitation of trolls, slanderers and purveyors of hate speech are calmed by the feedback mechanisms by which the Internet controls and corrects itself, the new breed of citizen publishers will learn a lesson that traditional publishers have long since grappled with; with the power to influence comes the need for courage and caution, reflection and responsibility.