DOES SONY JAPAN NOT KNOW HOW TO SAY "NO?" 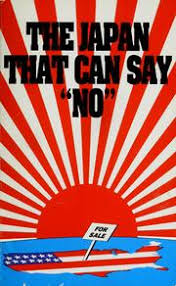 “The Interview” may be a joke of a film, but the Sony hacking incident and escalating war of words between anti-Kim detractors and the pro-Kim hackers is deadly serious. Despite the predictable, petulant cries of “caving in” Sony finally found the gumption to say "no" to its own misguided and derelict pandering of violence, hatred and racism.

Is it worth beating the drums of war for an exercise in bad taste? What principles are at stake? Is it not about free speech?

The US is rightly proud of its tradition of free speech and Hollywood filmmaking. But to put a lame, zany ill-conceived comedy film on the frontline of a trumped-up battle in defense of Western values is a bit like betting the bank on Bozo the clown and refusing to back down. For one, it suggests the Hollywood mogul's Midas touch can do no wrong, when there's ample evidence of tone-deaf studio bungling and bad judgement. Sony's American  branch inadvertently echoed the kind of one-sided righteousness  invoked by defenders of the CIA’s indefensible torture record; admit no wrong, for if we do it, it cannot be all that bad.

Hollywood hardly holds the high moral ground on free speech issues either; it has a rich history of self-censorship, pandering to vested interests and playing to power. Sony Executive Amy Pascal is no exception; she vowed she would never work with Mel Gibson after his intemperate drunken outburst about Jews, which he later apologized for, yet her reputation now rests on her decision to green-light and promote a racist film that takes cheap shots at Asian characters.

Free speech runs the gamut from the principles of the founding fathers and other lofty ideas all the way to hate speech, anti-Semitism and incitement of panic or crime, and America, with its penchant for political correctness, is not the bastion of free speech it pretends to be. What's more, as Sony has learned, America's obsession with violence on the screen, while couched in terms of artistic "freedom" is not without consequence, even if it's just a second-rate slacker comedy looking for quick bucks and cheap laughs.

The kill scene in Seth Rogan’s “The Interview,” in which an explosive projectile strikes the leader of North Korea in the head and creates a fiery mess is not only not art, but it constitutes a kind of hate speech which would be fiercely contested if the object of the on-screen killing were the standing leader of the US or an ally.

The Sony hacks are unprecedented, but it is ludicrous to characterize them as an act of war, as suggested by radio shock jock Howard Stern, shock politician Newt Gingrich and other assorted knee-jerk rightists spoiling for a fight.

The financial damage to Sony is real, and mounting, and the hack raises vexing issues of how to balance privacy and journalist’s right to publish leaked documents and a host of other digital age conundrums that will be discussed for years to come. But for Aaron Sorkin to cry "treason" and squelch discussion of leaked material because it happens to be humiliating to him, or to argue that the hack is an act of war along the spurious lines that financial loss is equivalent to an act of terror is a good illustration of just how out of touch some of these Hollywood execs can be. If the Sony hack was an act of war because it involved monetary loss, one is left without words to describe the incomparably bigger shock that Wall Street inflicted on the world in 2008. Or "Shock and Awe" for that matter.

The anonymous hackers warned moviegoers away from the theaters, an ugly development by any reckoning. Nobody likes to be told what to do, but perhaps nowhere more so than in post-2001 America, where the received political wisdom suggests that the US way of life is entirely honorable and non-negotiable; Americans will continue to do what they please, and will do so with a vengeance, all the more so for being told not to. The despicable threat of violence might even boost the film’s popularity in a perverse way. Bring it on.

But therein lies the crux of the issue. Isn’t American society saturated with enough violence already? Has US foreign policy not tweaked enough foes and wreaked enough death and destruction abroad? Have the shoot first, ask questions later tactics of US domestic policing and the horrid schoolyard shootings and the violence of America’s vast prison archipelago become such an integral part of the national DNA that it is normal to relax and celebrate the season of light by scheduling a “feel-good” assassination comedy on Christmas Day? What was Amy Pascal thinking?

Morita Akio, the legendary head of Sony, who built a world-class company from scratch on principles of quality and prudence, thrift and innovation would be horrified to see his legacy at risk due to a bloated, inane stoner picture. Morita admired the United States and thought the US and Japan had a lot to teach each other, but he also pointed out that American executives were ridiculously overpaid and lacked an understanding of Asia. He stressed the need for Sony to build bridges with neighboring countries in Asia, an important part of Sony’s core electronics market.

The Sony head office in Japan understands this, which is why Seth Rogen’s snuff comedy never had a serious chance at theatrical distribution in the Japan market, or on the Asian mainland either. A film that depicts the killing of a living leader for the shock value of it is simply too rude and crude for a country like Japan which had no police shooting deaths in a year when the US had over 400.

The Pyongyang regime is unpopular with its neighbors, especially Tokyo, which has seen citizens kidnapped from Japan’s shores by its erratic and tyrannical neighbor, and even Beijing has been sufficiently annoyed by North Korea's bad behavior to look the other way when Chinese netizens made a  music mash-up making fun of a dancing Kim Jong-un. But a graphic cinematic kill crosses the line into stupid, gratuitous violence.

There’s no magic fix for Sony in the face of its own lousy decision-making, but this time but after extensive bungling Sony was right to say no. If its American branch chooses to release “Interview” at some future date it would be prudent, and congruent with the best of the Hollywood's creative tradition, to edit out the exploding head and work for laughs the old fashioned way, by earning them.

The author has worked in film and TV in China and Japan since 1986.