ZEN MOUNTAIN: THE DAY OF THE BIG ONE

excerpt from ZEN MOUNTAIN
a novel by Philip J. Cunningham

Unseen winds ripped across the uppermost extremities of Fuji, stripping the wispy bodice of mist from the firm curves underneath, whistling across empty slopes, cracks and crevices. Barebacked and exposed, the mountain loomed larger than ever. Directly above its snowy reaches, a lens cloud capped the peak with a thick disk of condensate mist. The monks chanted on.

Crack! The ground started shaking. Roosters and chickens clucked and flapped in fright, startled crows screeched and cawed. Sleeping temple dogs awoke, barking wildly. The abbot, initially unperturbed, went on chanting as before, and most of his followers followed suit.  But the erratic shaking continued, and soon the steady tone of his sonorous voice cracked and halted. Caught unawares by the abrupt interruption, the tidily assembled group of meditating men broke ranks. Disbelieving eyes popped open, serene faces began to show signs of stress. Fists clenched, feet balled up, no longer placid bodies leapt to attention as the convulsive force of the earth shook the temple to its core. The cool and collected aura of the Buddhist meditation hall was not completely broken, a brazen few continued to sit meditatively as before. But around them discipline collapsed as men instinctively covered their heads, braced their bodies and hunched over, while others scrambled out the door on all fours like stampeding animals. The harmonious liturgical chant fell to pieces, replaced by guff squeals and fitful whispers:
“Ji-shin?”
“Ji-shin da!”

No sooner did the lengthy tremor subsist than another short jolt shot through the ground, rocking the temple so hard it caused the old wooden eaves to wobble and creak. Sudden and sharp, it challenged everything that wasn’t already on the ground to take a crash course in the law of gravity. Anything that wasn’t nailed down had little choice but to shift, jump or tumble. Then the pulsing and heaving reversed, jerking back the other way.
The seismic disturbance was deep, troubling and all-encompassing. It was as if the planet, whipping smoothly through the vacuum of space, started to change gears, adjusting its normal rotation in chaotic increments. Without warning or an audible rumble, everything underfoot had started to undulate. Everything was up in the air, nothing could be taken for granted, all bets were off.
Collin leapt up, aiming to get outside under the safety of an empty sky. The creaking timbers of the temple and cracking of the tile roof sent him on a spree, flailing towards the front steps, riding the rolling thrust as best he could. Stumbling twice as the ground shook in a way he hadn’t anticipated, his impatient, unsteady feet padded out of the prayer hall. At the bottom of the steps, still under the overhang of the grand, ancient and visibly shaking roof, he frantically fished for sandals that he failed to locate, hunched over the whole time in fear of being hit.
Fuck the shoes. He darted onto the neatly swept gravel in his bare feet. Once he was safely out of range of the top-heavy prayer hall that appeared to be on the verge of collapse, he straightened up, tentatively. It was hard to keep his balance, the earth was still shaking and he was, too. He felt like a straphanger on rush hour train that had just slammed on the brakes to avoid a suicide, only there were no straps to hang on to.
His feet sought release, he edged over to the moss garden, peace and mossy, peace and mossy. There were low hanging trees to contend with, branches swinging as if blown in a gale force wind, but the spongy surface of the garden was a salve to his feet and it offered a softer surface to let his body drop down on.
Dizzy but finding a sudden sense of purpose in the chaos, his mind focused on one thing alone.

Where was she now?

He called her name and scoured the grounds until he found her near the front gate, clutching to the gnarled trunk of a shaking cherry tree. Alone, she was bent over as if bowing to the earth, crumpled up into a ball. She clutched at the tree as if it were the mast of a stormed-tossed ship in a vengeful sea. Staggering towards her, he dropped on his knees and knelt attentively at her side, covering her protectively with his large frame, trying to lessen the fear they each felt by sharing it.
A precipitate series of aftershocks drummed and pummeled the earth, pulsing upward from some deep subsurface vortex. The bamboo shivered, the forest vibrated with intensity, stalks and leaves crying in the wind; only there was no wind, only vibrations transmitted from trunk to treetop from somewhere deep below.
Everything shook and rippled. It was big, and it wasn’t over yet. Could it be? Was it the big one?

The temple bell clanged sharply. There was nobody anywhere near the bell clapper; the bronze bell had rung of its own accord. The log clapper could be seen swaying back and forth, freely absorbing the oblique thrust of the quake. It clanked and clanged as the invisible shocks surged upwards, expressing the rhythm of the earth as the wobbly wooden tower shook, its beams absorbing and amplifying the energy surge. The pendulous rope-suspended clapper assumed a periodicity of its own, causing the bell to ring with regularity, if just slightly out of synch, with the tremor underneath.

“Con-ling!” Jianhong cried shakily.
“Oh, babe…”
“Hold me.”
“Hey, I, I love you!”
They hugged.
With each aftershock that followed, she clung more tightly to him, the press of his bristly whiskers against her smooth cheeks a balm to her fear of being alone. Shortly the ground settled again, what tremors were left were echoes of the earlier disruption.
The ground continued to tremble lightly, the shock waves roiling back and forth at widening intervals, and then it went still, only to lift lightly again. Like a planetary orgasm, the quake had set something in motion that needed release and once released, took time to subside.
Jianhong held on for life, flinching at every little shift. The silent, violent tossing of the earth was both familiar and strange, it was like the sum of all the little earthquakes that had come before, strung together, compacted and released at once. It had come out of nowhere, like the night tremor of a restless leg and it ceased, giving way to peacefulness, without warning as well. But in that short interim, it had rendered the day-to-day solidity of the world as insubstantial as a nightmare.
As the faint contractions played out, they gave way to imperceptible shudders followed by a sweet tranquility. Fuji loomed in the distance, staid and unmoved, as aloof as ever.
They clung to one another as if the end of the world had come and in a way, it had. Things would never, could never, be the same. A new, untested path to the future was being forged in the gyre, obliterating all rival destinies.
The sustained rattle was followed by a brief but almost unbearable stillness. Prowling hawks and windswept eagles soared silently above, and then the subdued song of the forest burst into open again. Cawing crows were among the first to fill in the void, followed by countless of chirps, calls and cries. There were thrush and warblers, terns and ptarmigans and thunderbirds, too. The hills were alive again, joyously.

“Whoa! Whew!” Collin exclaimed, getting up, and then helping his companion get up, too.
“The big one?” ventured Jianhong, her moist hand squeezing his, unable to let go.
“Dunno,” he said, surveying their immediate surroundings. A pair of stone lanterns had toppled in their small corner of the compound, but the pebbled ground, the moss garden and bent trees looked pretty much the same as before.  Dust could be seen rising in the above the main hall of the temple. “Y’okay?”
“Okay.”
She trembled still.
“Sure?”
“It’s over, isn’t it?”
“I think it’s over.” He looked around expectantly, seeking confirmation of his wishful thinking. The hills looked the same, the forest looked the same, even the sky was about the same. But inside the compound, several buildings, most especially the main hall, showed serious signs of distress. The soaring roof of the centerpiece structure was cracked and sagging precipitously, still looking top-heavy, even though the vibrations had caused many of the tiles to slide and crash on the ground. Black smoke billowed from somewhere in the back, perhaps the kitchen. 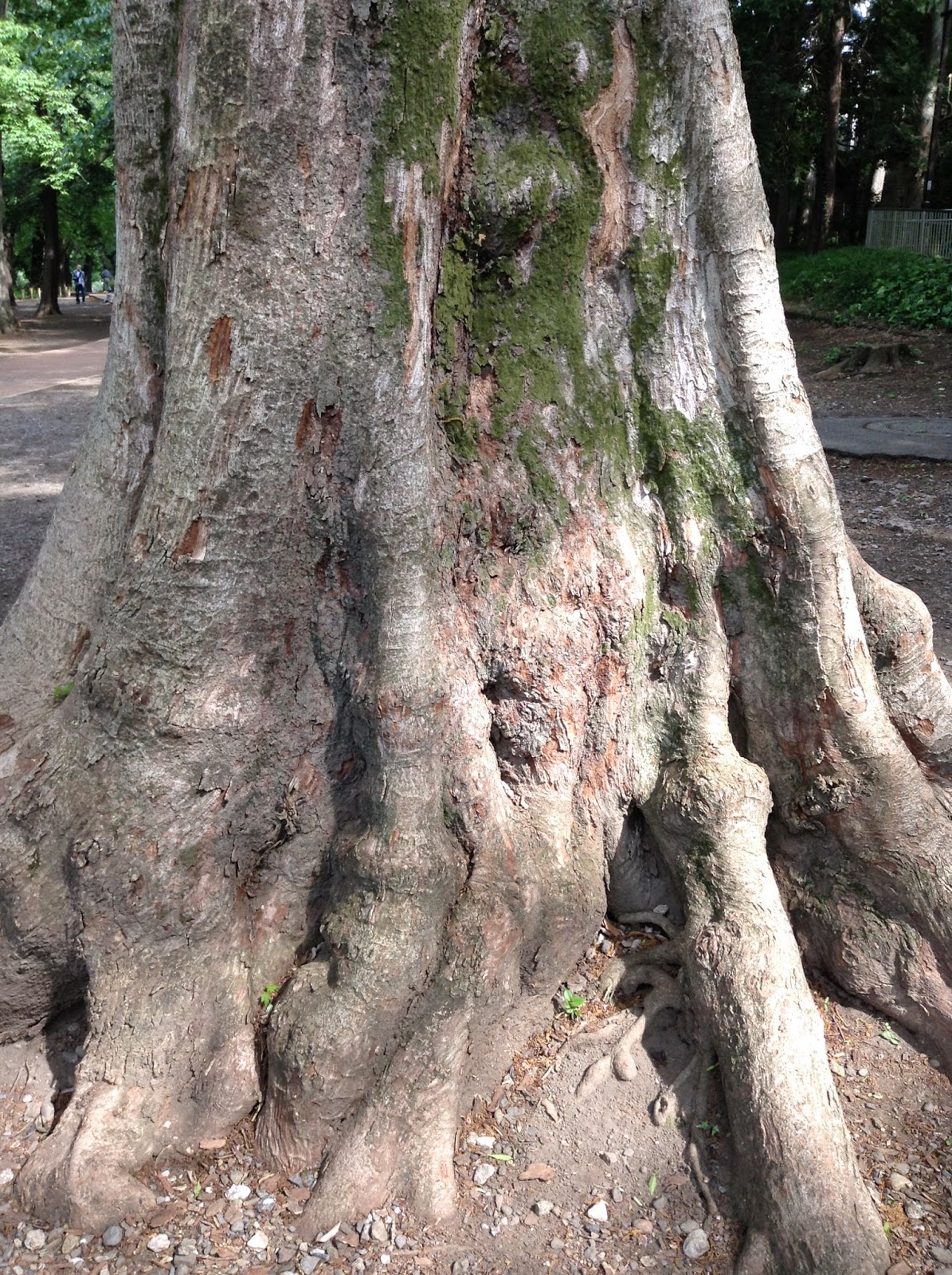