GIVE US OUR RIVER BACK 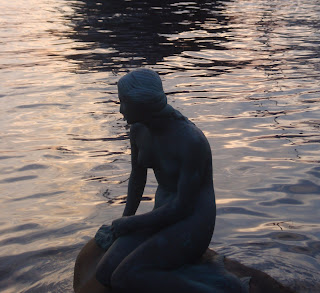 Long before the term “Brexit” was coined, long before the EU headquarters in Brussels had become a bloated bureaucracy out of touch with its constituents, I remember hearing voices in the hinterland of Thailand that spoke to the wisdom of disengaging from globalist bureaucratic schemes, large and small.

In the year 2000, resistance to the World Bank-backed Pak Moon Dam in Ubon Province was reaching a feverish peak—the controversial facility, along with a smaller, likewise unwanted dam in Rasi Salai, Sisaket, had been forcibly occupied by protesters.

A veteran activist of the 1970’s student generation named Wanida Tantiwittayapitak rallied the Assembly of the Poor in Bangkok and in the countryside to support the dam-displaced farmers and fishermen. At issue was not just the matter of compensation but preserving a way of life.  The Assembly was a pioneer in “occupy” protests, including an encampment in front of Government House in Bangkok that would become the template for myriad occupations in the years to come.

Talking to farmers and fisherman in Sisaket and Ubon at the time, I was impressed by their plight as expressed in the words, “give us our river back.” Their acute awareness of how outside capital and distant bureaucratic bodies could render people powerless in their own backyard allowed me to see the dam as both a menace and a metaphor.

Native fish were replaced by sterile tilapia fry raised in nets, bought and sold by big agribusiness. The controversial Electricity Generating Authority of Thailand scheme bore the imprint of the central government, the World Bank and faraway investors looking for a return on their capital. The cement monstrosity blocked a free-flowing river to accumulate “capital” for electricity production that would be distributed elsewhere. It devastated a self-sufficient way of life while bringing in big business to fill in the gap, at a profit. Waters that had been fished and refished for centuries were suddenly depleted, while changing salinity levels threatened the vital rice crop. Fish from the far reaches of the Mekong in Laos and Cambodia could no longer spawn upstream and started to die out. So much for “development.”

Old-time activists such as Sulak Sivaraksa, Surachai Chantimatorn, Phongsit Khamphi and Kraisak Choonhavan were among those I spoke with who lent their minds, music and moral support, and for a while it looked as if people power would be victorious.

To the chagrin of all, the Chuan Leekpai administration didn’t do much to resolve the dispute, but to its credit, it did not bring the heavy hand of the state down on protesters either. In the years since, sluice gates have been opened and closed, and an ineffective fish ladder installed, but basically the damage is done.

The plaintive cry, “give us our river back” is especially poignant because it is human nature to mourn the loss of the things that nurture us, but often there is no going back.

Isan in recent years has become embroiled in the politicking of Bangkok-based political parties seeking electoral advantage. Most of the old-time rural activists have gone quiescent in the face of new money and the new politics, which has introduced populism, but at a price—the program is linked to the fortunes of a billionaire seeking to consolidate power.

The self-sufficient, home-grown activism of the Isan peasants was subsequently hijacked by color-coded political theatre funded and directed in Bangkok, putting the sober anti-capitalist agenda of an earlier generation back on the back burner.

Yet now, even more than then, Thai tycoons and their globalist partners have much to answer for, not the least of which is the steady degradation of Thailand’s environment. The magnates of material development are not only ruining rivers and polluting the air, but are commercializing every last inch of the countryside, while also denuding the forests to sell timber and produce corn for ethanol schemes.

Big business continues to wipe out myriad local businesses, as well as any trace of tradition or self-sufficiency in the hinterland, with the result that self-reliance is dead and the entire nation is plugged into the same big capitalist grid.

Thailand’s tycoons may bicker among themselves, but they find common advantage in quietly yielding sovereignty to globalist partners, for there is ample money to be made as a facilitator and comprador to global capital, letting it flow where it wants to go. The neon-drenched, ecologically unsound street-side emporiums that deliver over-priced, excessively wrapped junk food to every corner of the country are just one symptom of the excessive commercialization, loss of autonomy and unwholesome lifestyle that follows in the wake of big money.

The bankers of the world, from Wall Street to Tokyo, from London to Bangkok promulgate a borderless rush of cash in the name of efficiency, even if the net result is to make the rich richer and the poor poorer.  The power of outside money unleashed and unfettered in its flow now rages around the planet like an unstoppable tsunami, inundating those least able to protect themselves, sweeping away those unable to exploit its ripe tides and raw power. Even though they nearly sunk the world economy in 2008, the self-styled “masters of the universe” in London and New York--the greediest players in a greedy financial system—never seem to have enough.

Big banks have bet the bank on globalism, so it is not surprising that banks were among the biggest losers in the initial stock market tumble that followed the vote affirming the UK readiness to leave EU. Yet the complaints of the pro-EU, anti-Brexit crowd of capitalist supremos such as Hank Paulson (“too-big-too-fail” Goldman Sachs savior and former US Treasury Secretary) and George Soros (investor known for breaking both the Thai baht and the Bank of England) ring utterly hollow; they have long track records of profiting off the pain and misfortune of others.

With their experts in law and public relations the beleaguered banks will no doubt find a way to pass the buck and spread the pain around, and maybe even get ordinary taxpayers to pick up the tab, as they did for their shameless bailout in 2008.

Thinking back to the humble but determined peasants I met in the Moon River Basin a decade and a half ago, I again hear the refrain, “give us our river back.”

For today we can hear the resounding echo of like-minded voices, in England, in America, in Thailand and around the world. Environmentalists, traditionalists and peasant activists alike have now been joined by the millions upon millions of losers and skeptics in the big grand, winner-takes-all globalization game. It is in the shark-like nature of big banks and big bureaucracies to go on expanding, devouring resources, and accumulating power, and go on they will. Critics of PTT, EU, ASEAN, IMF, ADB alike—now is the time to step forward and join the growing chorus.