TIANANMEN WAS A TRAGEDY 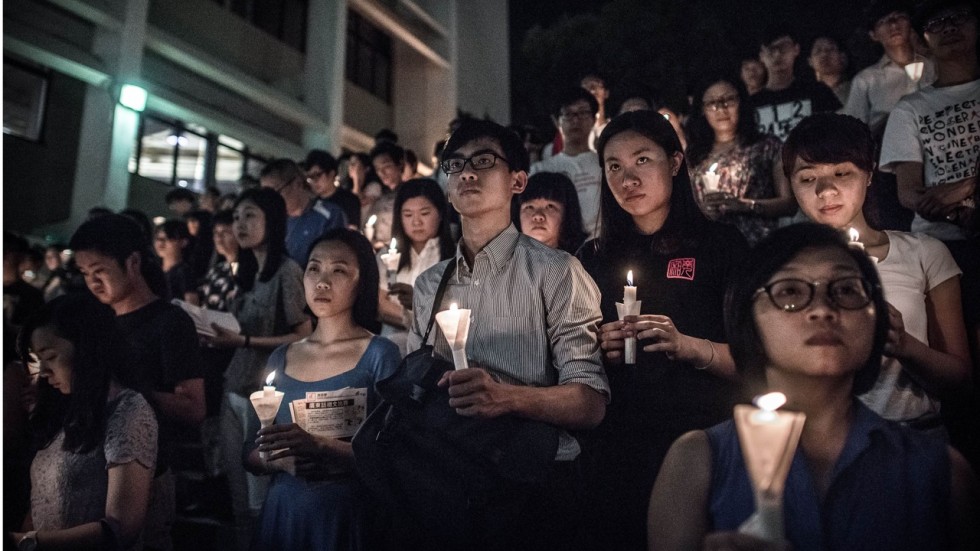 Tiananmen was a tragedy Beijing won’t face up to, regardless of death toll

Philip Cunningham says whether or not 10,000 is an accurate account of the number killed at the Tiananmen uprising, we know the crackdown was horrific and that Beijing won’t give a clear account

A newly declassified British telegram suggests that the death toll in the Tiananmen crackdown was worse than realised. Relying on a high-level Chinese source, the intelligence document cites “at least 10,000 dead” and some 40,000 injured. Stories of gratuitous violence are included in the report, written after the tragedy by the then British ambassador to China, Alan Donald.


This unexpected exposure nearly three decades after the fact raises questions about Beijing’s failure to come to terms with what it knows about what happened in 1989. Party apologists testily acknowledge a death toll in the low hundreds and perversely pin China’s economic success on the crackdown, while cruelly blaming the victims of violence for the trouble.
So, how many people died?
Journalistic estimates based on hodgepodge fact-collecting in the heat of the moment buttressed by painstaking research point to more than a thousand, but it is difficult to document beyond that.
I freelanced with the BBC during the 1989 crisis, hired for Mikhail Gorbachev’s Beijing visit, but soon the state visit became a sideshow to the peaceful occupation of Tiananmen and I got busier than I bargained for, spending every day and many nights on the square, from the time of the hunger strike in mid-May to the early hours of June 4. I was with a BBC TV crew when troops broke into downtown Beijing, and was on the square, not far from the Goddess of Democracy, when the first armoured military vehicles buzzed the crowd and pandemonium broke loose. China dismisses US call for ‘full accounting’ of Tiananmen crackdown

The news information I helped gather as a translator and field producer for my British colleagues has some bearing on Donald’s dire assessment, because BBC was on the front line and shared information with British diplomats.
Ten thousand is a shocking figure, and needs to be viewed with some scepticism. In Chinese, it is not the kind of number meant to be taken literally in most contexts, for in addition to being a mathematical unit of measurement, wa n is also a poetic and somewhat clichéd way of describing anything great in magnitude.

Since China was on the edge of civil war at the time, at least according to diplomatic insiders, one could picture a scenario where an official in opposition to the ruling clique might exaggerate or use florid language.
One of the most successful propaganda coups of Deng Xiaoping’s regime was the claim, reluctantly corroborated afterwards by dissidents and journalists, that no one died on Tiananmen Square proper. Late Nobel laureate Liu Xiaobo and musician Hou Dejian were among eyewitnesses attesting to this. Standing their ground courageously with the last student holdouts on the square; they were permitted a peaceful evacuation from the central obelisk at daybreak.

Why China hurts itself more than others with censorship

There was no shortage of blood-curdling killing, but it took place mostly on Changan Boulevard and nearby side streets. Since “Tiananmen” became shorthand for Western reporting on the massacre, the government’s counterclaim has effectively derailed discussion. The “no one died” reasoning is odious even if technically true; it callously trivialises those killed elsewhere.
For the record, the BBC crew and I witnessed the early stages of the crackdown, some of it caught on camera, and while we were convinced that something terrible was happening on the square around 4am when the lights went out and smoke rose high, we were too far to see and it was too dark to film. While on the ground, we did see tanks in battle with the crowd, heard constant gunfire, saw tracer bullets overhead and crumpled, bloodied bodies being carted away by brave civilians. But we did not see a massacre, nor was there any sign of one at the intersection of Zhengyi Road, just across from the Beijing Hotel, which is mentioned in the secret communiqué as a killing zone. Then again, it was later reported that a sniper shot someone in the room next door to us and we didn’t see that, either.

In short, the crackdown was criminal, unnecessary and thuggish, forever wrong and it will never be right. Even Beijing’s lowball estimates are horrifying.
Is 10,000 possible? Perhaps. Beijing authorities are best positioned to answer this, but they protest rather too loudly any time the topic comes up. The blanket censorship and bizarre denials are rooted in insecurity, arrogance and fear of exposure.
Philip J. Cunningham is the author of Tiananmen Moon
This article appeared in the South China Morning Post print edition as: Is 10,000 dead the truth about Tiananmen?