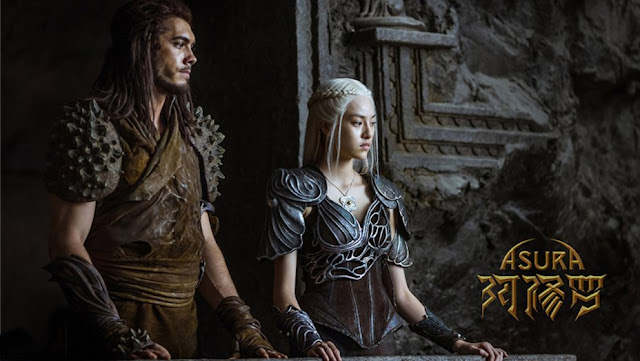 One of the biggest business rivalries anywhere ever can be described as the “tale of two horses.” That’s because Alibaba founder, Jack Ma, (Ma Yun) and Tencent founder, Pony Ma, (Ma Huateng) both share the surname written with the ideogram for “horse.” The legendary wealth created by these two unusually focused, hard-working, and lucky (if not visionary) entrepreneurs not only has them gobbling up smaller companies and independent apps to provide ever-more comprehensive online services, but now sees them duplicating one another’s range of services. Where they once specialized and sought out niches of their own, they now compete face-to-face in almost every arena, if only to check – if not match and exceed – the formidable influence of the other.

Alibaba built its business empire on e-commerce and an early internet pay system called Alipay. Tencent owes its fast rise to popular, easy to use internet messaging services (WeChat, QQ) and extensive support for online gaming. Yet more and more, the two companies converge. Tencent is catching up in e-commerce due to its dominance in mobile, with WeChat offering an effective and popular platform for everything from messaging to shopping and e-payment, while Alibaba is getting into gaming.

Tencent remains dominant in social messaging and “mobile lifestyle” apps, but it creditably vies for influence with Alibaba in film, news and music, both in content acquisition and streaming rights.

Throwing down the gauntlet at Alibaba in its e-commerce arena of strength, Tencent invested in 2014 a 15% stake in ecommerce giant JD.com, and has recently invested heavily in Pinduoduo, a group discounter seen as having huge e-commerce potential. This represents a challenge to Alibaba in its own backyard.

Tencent has long enjoyed a strong lead in online gaming. Pony Ma’s early investments in that field have proved efficacious, resulting in lucrative gaming revenue for Tencent. At first, Jack Ma became self-righteous about the difference, stating that he would “not invest a penny in games” out of his “concern” for China’s youth. That boast proved idle however, and now he’s also actively looking into gaming. Jack Ma’s big war-chest has in the past few years gobbled up successful online gaming firms, allowing Alibaba to create its own giant gaming division.
In a similar clash of corporate values to be later papered over in the name of competition, Tencent’s Pony Ma famously refused to get involved in retail, only to reconsider his stance as rival Alibaba took an early lead in a potentially gargantuan market. Pony Ma continues to eschew “retail” – which is to say, “old retail” – but his company is investing heavily in “new retail” which uses Tencent technology to make retail more efficient and subject to more lucrative data analysis. WeChat’s dominance in mobile puts Tencent in a good position to rope in traditional retail outlets such as department stores, convenience stores, and even vending machines with its WeChat wallet, cloud services, big data and customer profile services.

Alibaba, currently the leader in the retail battle, has opened a chain of supermarkets under the brand name Hema, which is a homophone for hippo — a curious invocation of the “horse” metaphor, since a hippo is called “river horse” in Chinese. Although Hema is written “box horse” to stress the food delivery side of things, its mascot is a fat, friendly-looking “river horse.”
While the “two horses” dominating the Chinese internet are running neck-to-neck, they are changing the future of the internet, demonstrating that a cashless society is within grasp. Jack and Pony’s domination of online payment is so effective that cash transactions have been dropped in favor of electronic payment in many walks of Chinese life, especially for young people shopping, buying tickets and hailing rides.

Film and video production and streaming is another realm where competition will have a significant cultural impact. Each giant has invested in roughly 50 entertainment firms, many rooted in Hollywood. Alibaba has a stake in Steven Spielberg’s Amblin and successfully marketed the movie Ready Player One in China. Tencent Pictures and Penguin Pictures also buy into ready-made content, though they are increasingly investing in original productions for increased profitability. Both internet giants bought out huge portions of high-flying media tycoon Wang Jianlin’s struggling Wanda business empire. Variety sees Tencent following the Disney model, while Alibaba follows the Amazon model.
WeChat and QQ boast a monumental billion users, while Alibaba continues to dominate e-commerce.

One of the few areas of compromise, if not cooperation, emerged in the shakeout of ride-hailing apps. Ride-sharing giant Didi Chuxing now represents the combined force of Alibaba-backed Kuaidi Dache and Tencent-backed Didi Dache, which clashed and merged in 2015 before taking on Uber. The two giants, perhaps piqued by nationalist interests, pooled their resources to drive Uber out of China, leaving their joint investment, Didi Chuxing, the last giant standing. Money was being splashed around from all directions, with contributions from Alibaba, Tencent, Softbank and Apple. Uber made plenty of money for its effort, but the battle left Didi on top.

But such joint drives are rare, as Alibaba and Tencent duel for the China market. The competition is so intense, and takes place on so many levels, that a recent spat saw Alibaba accusing Tencent of flooding its e-ticket sales website with critical reviews of Alibaba’s $100 million-dollar fantasy film Asura — the biggest and most expensive flop to date in the dynamic China market.

Alibaba has otherwise done reasonably well with film. It sponsored Xu Zheng’s 2018 runaway hit Dying to Survive (wobushiyaoshen) which is not only a critic’s darling but a box office champ. The Wen Muye-directed drama is melodramatic and so convincingly acted that it led Alibaba to distribute tissues as a marketing ploy for customers who might find themselves weeping during the fast-paced drama. Tencent likes franchises; it invested in Wonder Woman and the latest King Kong film. It also develops new properties, including those with gaming themes, through its e-book division, China Literature.

The two giants have drawn on cultural practices, new and old, to promote sales, with Tencent digitizing tradition by making hongbao (red envelopes) available online. 800 million such gifts were sent over the New Year holiday, bolstered by its association with the analogue red envelopes cherished by Chinese children since time immemorial. Meanwhile, Alibaba broke all Black Friday single day commerce records with its promotion of “Single’s Day” (guangun jie) on November 11, a novel “anti-Valentine’s” day that celebrates consumerism for those who cherish being single.

The tale of two horses would not be complete without a quick look at their respective “stables.” Both men have shown an admirable loyalty to the place where they grew up and went to school. Alibaba’s glistening HQ is situated in Jack Ma’s hometown of Hangzhou, while Tencent’s gleaming new HQ is a skyscraper in his hometown of Shenzhen. Less predictably, both men have chosen to make their mark in Hong Kong. Jack Ma purchased a former diplomatic residence in Hong Kong’s mid-levels with stunning views of Victoria Harbour, where the peripatetic English-practicer can sip coffee and read the South China Morning Post, an Alibaba-owned newspaper. Pony Ma, in keeping with his more reclusive image, chose to invest on the quiet side of Hong Kong island, with a home in toney Repulse Bay, and a bespoke mansion on Big Wave Road nestled in between the golf course of Shek O’s country club and Dragon’s Back ridge.

Will there come a day when the two brightest binary stars stop orbiting and begin to devour one another? For now, the future looks bright, if not entirely stable, as the two giants appraise and emulate one another.