Like a distant but powerful gravity wave, the ripples from the cataclysm of June 4, 1989 can be felt today. Pens and paintbrushes, musical  chords and moving pictures triumph over the rumble of the tanks to memorialize and celebrate the eternal victory of art over war. 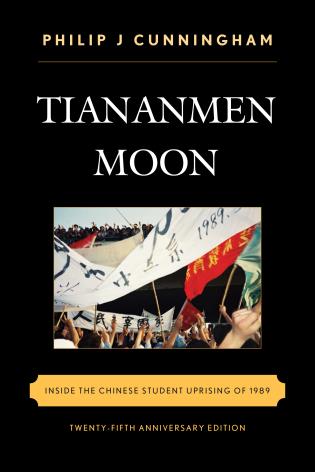 Ways to remember
Philip Cunningham says until the day the tragedy of June 4 can be openly mourned in China and the life-affirming spirit of the movement honoured, we must keep alive those memories


There are 108 ways of remembering 1989, like the little beads on a prayer string; simple, humble, tactile reminders of the days when Beijing was a city of hope, caught in the throes of a peaceful uprising.

When I'm in Beijing in the spring, I like to walk up and down Changan Boulevard and across Tiananmen Square, to pause, reflect and move on. It's a private way of remembering, but I know I am not alone.

Everybody lost and nobody won when the tanks rolled in on June 4, 1989 to crush a peaceful, creative and remarkably harmonious uprising. And while it's hard to be patient with the long years of official silence, it's also difficult to stay true to the truth. There has been a tendency over the years to cast China's unique tragedy into a Manichean struggle of good versus evil, in which US-style democracy humiliates Chinese communism, or the west wind prevails over the east wind, or the BBC beats CCTV and CNN beats Xinhua, but such binary formulations lose the thread of the movement, its deep roots, rich tones and infinite nuance.

One day, it will be possible for a million to gather in Tiananmen Square to reflect on the events of 1989 and openly mourn the lives lost, but that day has not yet come. To fight historic injustice with hate, revenge or triumphalism would not only be unwise in a tactical sense, playing into the hands of hardliners on both sides, but it would also betray the original spirit of the inclusive, transformative and life-affirming movement.

There was much about the uprising that was idiosyncratic to China and resonant with the best of the communist tradition. Until the unlucky and unnecessary denouement, there was admirable restraint, broad-mindedness and pluck on all sides. There were moments when the Chinese press offered superior coverage to that of the foreign TV personalities, most of whom were jet-lagged, hotel-bound and unable to communicate in Chinese.
Then the walls of martial law came crashing down, the crackdown ensued and a hapless handful of foreigners were left to run with a story of vital interest to a billion people.

China needs to reclaim this magnificent and tragic chapter of history as its own, and the day when it will do so is inching closer. A good first step would be to permit the dead to be appropriately mourned by their kith and kin and for peaceful annual observances to take place.

There are questions of "face" for those who supported the ruthless crackdown out of fear or opportunism, but their vanity cannot be protected forever at the expense of the truth.

One would like to think that Xi Jinping can make a difference, and perhaps he will. This year is the first anniversary under the leadership of a man whose father, Xi Zhongxun, took a courageous stand against the 1989 crackdown in the twilight of his career. But Beijing is beset by ruthless factionalism and there are power brokers in the party who continue to stand up for the men who stood on the wrong side of history, so even Xi won't find it easy going.

With media discussion banned and comment kept off the record, the truth resides in the minds of people, like the books committed to memory in the face of book-burning in Ray Bradbury's Fahrenheit 451. But memories do fade and propaganda does sow seeds of doubt. Lies repeated often enough take on a baleful life of their own and counterfactual arguments continue to contort and confuse, so it's essential to keep flexing and exercising those precious memories until the day they can be printed in Chinese newspapers, broadcast on Chinese TV and engraved in stone at memorials for the fallen.

As for the 108 ways to remember, I will mention a few "memory beads" that come to mind, leaving it to readers to construct their own karmic bracelets.

Consider the double-edged power of words by studying the April 26 People's Daily editorial that drew the lines of conflict.

Ride a bicycle. It's a reminder that back in 1989 nearly everyone got around by pedal power, not cars. The May 10, 1989 demonstration of "ten thousand bicycles" racing to the square was the kind of simple fun people enjoyed in simpler times.

The week starting May 13, 1989 saw an emotional mass hunger strike led by a generation of students born during one of the most tragic famines in world history. Skip a few meals in symbolic solidarity.

Learn the lyrics to The Internationale in another language. Or hum Beethoven's Ode to Joy.
Buy a newspaper or write a letter to the editor, showing support for the gutsy journalism being practised then, as now, under less-than-ideal conditions.

Read something by Fang Lizhi, Liu Xiaobo or Wang Dan.

Listen to music. Hou Dejian's Descendants of the Dragon, Cui Jian's Nothing to My Name and Chyi Chin's Wolf all evoke memories of the time.

Watch a bootleg copy of The Gate of Heavenly Peace.

Talk about it with someone who was there.
On June 3, light a candle to remember the innocent civilians and unarmed protesters cut down in their prime.

Find a moment to mourn the dead soldiers, too. They were young, confused, afraid and not in control of their fate.

Think of the man standing in front of the tank when crossing a busy intersection.

On June 4, if you are in Beijing, take a long solitary walk across town and visit the people's square, knowing it will one day be possible to do so in the company of others.

These are just a few little rituals of remembrance that are possible in China.
Hong Kong people have their own unique and vibrant way of commemorating, and that tradition should be upheld, not just in solidarity with Beijing 1989, but as a statement about what Hong Kong is, and should continue to be, in terms of its role as a stronghold of free expression.

Philip J. Cunningham is a media researcher and freelance writer, whose most recent book about China is Tiananmen Moon

This article appeared in the South China Morning Post print edition as: Ways to remember
on June 03, 2019