WHEN WOMEN WARRIORS DARE NOT SPEAK 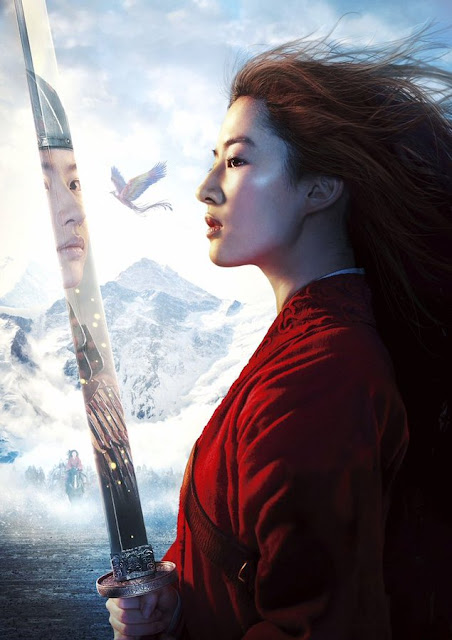 An upcoming film about a filial daughter who fights against the odds to make it in a man’s world is now fighting against the odds to avoid falling victim of a massive boycott, because the star had the temerity to express her point of view. This was unpopular point of view, perhaps, at least in Hong Kong, where calls for a boycott of Mulan ring the loudest. Conversely, that view that immediately gained some two million “likes” on the Chinese mainland, where only half the story of the Hong Kong protests is being told.
The box office stakes are high on both sides of the Hong Kong-mainland divide, and Disney, which has high hopes for Mulan in the Asia market, and globally, will have to artfully thread the narrow needle eye of public opinion as it prepares for the release of the live action film in March. Now that publicity for the film has been unwittingly hitched to partisan politics, it will require masterful balance to maintain support on both sides of the Shenzhen River that divides the former British colony from the Chinese mainland.
It started when Mulan star and lead actor, Liu Yifei, made a flippant comment on a social post last summer, stating her support for the police. The reaction on social networks was fast and unforgiving;  it put the entire film, representing years of work and millions of dollars investment was suddenly stigmatized by a single remark and specifically,it seriously put the film at risk of bombing out in Hong Kong, a geographically small but economically and culturally significant film market.
The controversy arose at a time when Hong Kong airport was besieged by angry protesters. A reporter named Fu Guohao, in Hong Kong at the behest of the state-run Global Times was forced to undergo a humiliating interrogation and taunting by protesters at the airport who saw the police as their political foe. Despite being ganged-up upon, and totally out-numbered by a youthful, quick-fisted mob who suspected him of affiliation with the Hong Kong police, perhaps due to unrecorded comments or an article of clothing he carried. The beleaguered mainlander cried out, “I support the Hong Kong police. You can beat me up now.”
The video footage, shared widely on television and the internet, showed Fu Guohao being showered with abuse. It looked to be a set-up, at least in the way he played to the camera, but he took some hard knocks and the video went viral.
The Chinese American star “Crystal” Liu Yifei added her voice to the kerfuffle, as millions of others did; by posting her reaction online. What’s more, she made her  comment in direct reaction to the now-viral video on a People’s Daily linked site.
“I, too, support the Hong Kong police. You can all attack me now.”
And attack they did. Liu has been a photogenic lightning rod of anger for Hong Kong protesters ever since, racking up hateful posts on the internet for one hundred days running with no end in sight.
The soft and gentle-looking Liu Yifei, perhaps still feeling a bit in character as a woman warrior after playing Mulan, shared her indignation about the injustice of the August 18, 2019 mob action with the English words, “What a shame for Hong Kong!”
A perfectly reasonable thing to say, to the ear of a native English speaker at least, but it was misconstrued by her detractors, perhaps willfully, as an admonishment.
“Shame on Hong Kong?” How dare she!
More angry comments followed and the “shame” meme was widely shared.
The much-awaited trailer for the lavish, live action epic came out  on December 5, a half year into the smoke and fire of protesters and police fighting in the streets. Tempers provoked by Liu Yifei’s comment are roiling anew, and the #BoycottMulan hashtag is again exploding with vitriol.
Twitter indignation mobs reactivated and aroused by the release of the trailer, which looks pretty good, have resumed their ragtag campaign to denigrate the actress, the movie and even the legendary Mulan. The publicity stills for Mulan have been repurposed by activist artists in ways that are at least as creative as they are mean-spirited. 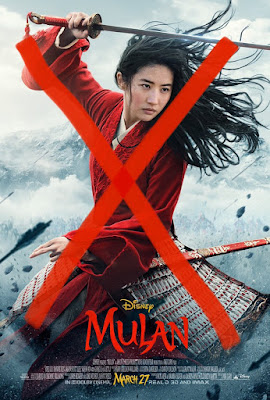 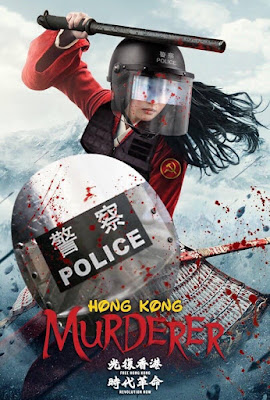 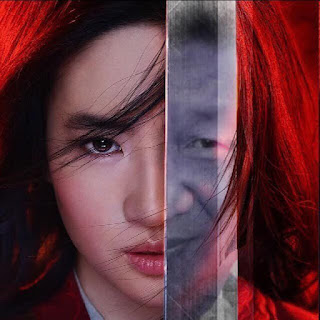 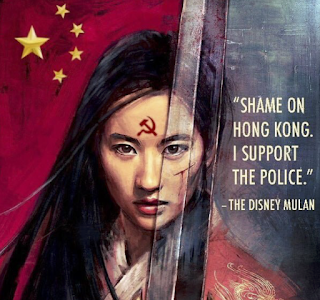 Mulan is transformed to Hong Kong Murderer. Instead of seeing Mulan’s reflection in the gleaming sword, as in the publicity shots, one sees the ghostly face of Xi Jinping lurking in the background. Instead of being shown as a heroine and model for young women, warrior Mulan, as played by Liu Yifei, is made to look like a riot cop with bloodstained armor. In one version, the hammer and sickle is etched on her forehead with the five stars of the Chinese flag as backdrop. And then there’s the slightly more pleasant guise, in which the benign cartoon Mulan is repurposed as a supporter of the Hong Kong protesters, holding a yellow umbrella instead of a sword. 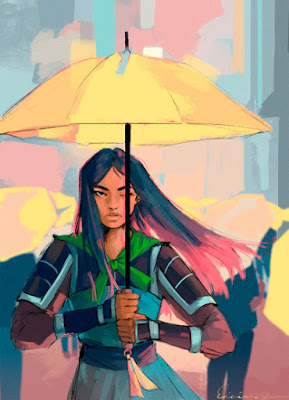 Not an auspicious start for a long-anticipated blockbuster that is banking on market demand for China product with a strong female lead. If there’s an upside to the downside, Hong Kong denizens who deign to watch the film will probably be rooting for Mulan’s nemesis to triumph. China’s best-known actress, Gong Li, plays a key role in the film as a “bad” shapeshifting witch. To date, the iconic older star has been spared vitriolic commentary in keeping with her own prudent silence.
Surely Disney would have preferred business as usual. Tweets in support of the HK protests got the NBA in hot water, and now, with an ironic twist, a tweet against the protests has got Disney in hot water—not with communist party-ruled China but capitalist Hong Kong.
It is hard to view the video of Fu Guohao’s staged humiliation without some sympathy as he’s tied up, smacked and humiliated by angry youth in a way that brings to mind the Red Guard excesses of the Cultural Revolution. Fortunately, Fu was not seriously hurt and went on to
Simple theme. Powered by Blogger.