OF RATS AND MEN

Mice, men, and a mischief of rats

When is a rat not a rat? When it's a mouse, except in China and Japan where the word for rat and mouse is identical. Laoshu in Chinese and nezumi in Japanese are all-purpose words for the little furry creature known to scurry about kitchens and granaries since time immemorial.

Rat is the first animal in the Chinese zodiac, by dint not of size or power but resourcefulness, hitching a legendary ride on an ox to win a race against 12 awesome contenders. It's got a generally positive image, as a symbol of fertility, and even its negative connotations of cunning, stealth and self-preservation have a positive side.

In the West, the linguistic split into mouse and rat has tended to cast the smaller of the two in more favorable light. Rats are the first off a sinking ship, but a cheery, chirpy mouse is the titular mascot of Disneyland. Rats are associated with filth and infestation, but mice are cute and kept as pets. (Actually, rats make nice pets, too, but they've got an image problem.)

Ahead of Spring Festival this year, the pneumonia outbreak in Wuhan, Hubei province, has cast a shadow over the holiday mood nationwide. And health experts indicate the new strain of coronavirus may come from wild animals, for instance, bamboo rats. This may further tarnish the image of rats as the black death still haunts people's minds.

Nowhere is the image of rats darker than in the dark ages. They are blamed for the Black Death. But is this historically accurate? National Geographic telecast a program in 2018 suggesting that fleas and lice, not rats, were a more likely vector of the epidemic, at least according to computer models.

Even today, a random search of "rats versus mice" on Google brings up a long list of exterminators and pest control technique. A search on Baidu, in contrast, brings up mostly cultural references, explaining how the two differ in appearance, in keeping with English language usage.

As if association with the plague for centuries isn't enough, US President Donald Trump has revived the use of rat in political attacks, castigating Baltimore, which is in the district of African-American Elijah Cummings, as a "disgusting, rat and rodent infested mess".

And there has been a disturbing upswing intolerant political talk, from the separatist agitators to reactionary politicians, denigrating certain groups by using words with troubled history such as "rat-infested" and "vermin."

Rats get a bad rap. Even as portrayed by a ballet dancer, a Rat King is a scary thing, as children know from watching Tchaikovsky's Nutcracker. The villainous ruler battling a righteous prince was called "Mausekonig" or "Mouse King" in the German original.

Consider E.B. White's Stuart Little, the 1945 story about a privileged white mouse adopted into a loving family in Manhattan, New York. Variations of "town mouse and country mouse" pop up all across Europe, and not surprisingly, the popular pairing goes all the way back to Aesop, who also famously wrote The Lion and the Mouse.

There are courtly mice, such as Reepicheep the courteous, a swashbuckling talking mouse in The Chronicles of Narnia series by C.S. Lewis, and there's the tidy Mrs Tittlemouse, a clean, cuddly creation of Beatrix Potter. And the March sisters in Louisa May Alcott's Little Women have a pet mouse named Scrabble.

Needless to say, Hollywood is in on the game. There's American Tail, a pun-packed parable about Mousekewitzes, a Russian-Jewish family of mice who seek a new life on shores of the United States, and there's animation film Ratatoille which features Remy, an idealistic rat (a rat!) who wants to be a chef.

Geronimo Stilton is a children's books character with a cheesy surname. John Steinbeck's Of Mice and Men is entirely about men, not mice, but the title was inspired by a Robert Burn's poem, To a Mouse, which speaks to the folly of creatures that scheme.

Flowers for Algernon by Daniel Keyes is a dark 1959 tale in which the death of an experimental mouse presages the demise of the human drug-trial patient. Mrs. Frisby and the Rats of NIMH, a trilogy by Robert O'Brien and later his daughter Jane Leslie Conly, explores the world of experimental animals that gain intelligence.

When the space race got underway, all kinds of animals were put on top of rockets to see how they would fare in space; most of them never returned. In 1972, NASA sent mice along on the final Apollo mission. Named Fe, Fi, Fo, Fum and Phooey, they completed a staggering 75 orbits of the moon. All but one of the mice made it back to the home planet safely, after which the survivors were promptly dissected.

The mouse/rat has long been a companion of human habitation, so much so that it is considered a commensal species, living more or less in harmony with humans.

That's not to say they don't cause trouble. A clue to rat nature can be found in the traditional terminology.
A group of rats is called "a mischief".

The author is a media researcher covering Asian issues. 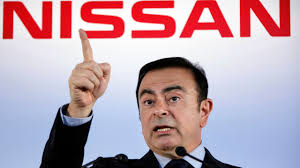 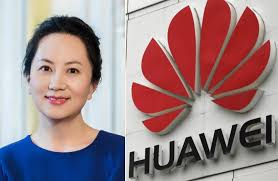 The news that a titan of global business successfully escaped house arrest in Tokyo via a series of clandestine moves and a carefully choreographed flight overseas cannot have gone unnoticed in certain quarters in Vancouver, Canada.

The sudden dash to freedom, the Hollywood turn of events in the dramatic saga of Japan’s “gaijin” prisoner number one, Carlos Ghosn, is bound to unsettle, and perhaps galvanize, people close to Canada’s star prisoner, Meng Wanzhou.

There are striking parallels between the cases of Ghosn and Meng, both of whom went from jet-setting to involuntary house-sitting under charges that reek of political motivation. Both were respected business leaders, privileged workaholics accustomed to upper crust life. Both were rudely detained at an airport, cuffed and tossed into jail. Both ended up under house arrest, a state of luxurious detention mitigated by ready access to cash.

Meng was permitted to post bail and pay for her watchmen, while Ghosn, on the mere suspicion of wrongdoing, got stuck in solitary detention in accordance with the draconian code of Japanese law. Feudal ideas persist, deeming those arrested as guilty until proved innocent, and Japan’s fabled 98% conviction rate bodes poorly for anyone unlucky enough to be detained, even if wholly innocent.

In both cases, the charges against the accused, though not entirely spurious, seem politically motivated. In big business circles where the line between business-as-usual and corruption is a rather fine one, it takes bad luck or political enmity to trigger arrest and conviction, especially for a bigwig.

Carlos Ghosn was snatched at Haneda Airport in a pre-arranged trap facilitated by Tokyo politicos and corporate rivals who wanted him out. It was a coup to stop him taking Nissan in a non-Japanese direction.

Meng Wanzhou’s unexpected arrest at Vancouver International upon US request seems to have been predicated on fears that her company, Huawei, poses a serious threat to US security and economic interests.

In both cases, the theatrics of the arrest served to put out of circulation a powerful mover and shaker whose actions challenged a cozy status quo.

Both individuals have been pilloried by economic nationalists who see them as a threat to their interests.

Hidden hands seem to be tilting the scales of justice in both cases, and racial prejudice is not out of the question.

In Japan, the presence of a foreigner running a major Japanese firm did not sit well with some, and anxieties that Ghosn would merge Nissan, a company he successfully turned around, with Renault in a deal that diminished Japanese control, riled certain rivals.

In the case of Meng Wanzhou, corporate banking deceptions have been cited, but the underlying motivation seems to be stop Huawei in its tracks before it rolls out 5G technology over which the US has little control.

As a gaijin, Ghosn lacked a powerful patron who could protect him from the full force of the bitter letter of the law, law that badly needs revision. In Japan, anyone can be detained without charges and interrogated for 23 days, which amounts to “hostage justice.”

While Lebanon possesses only a fraction of China’s economic power and security prowess, it fearlessly took exception to the abuse of one of its citizens in Japan and lobbied for his release. In the end, it took still undisclosed clandestine methods to get him back to Lebanon where he is welcome and free and seen as a celebrity native son.

China has considerably more clout than little Lebanon, but it hasn’t played its cards well. Indeed, it is downright despicable that two Canadians currently in detention, Michael Kovrig and Michael Spavor, were likely snatched as a petty tit-for-tat in response to Meng’s arrest.

Beijing’s diplomatic dexterity can be subtle and supple, but everyone loses when petulant hardliners assert their clumsy hand.

Meng Wanzhou probably stands a better chance of a fair trial in Vancouver than her Lebanese counterpart faced under nationalist prosecutors in Shinzo Abe's old-boy network.

But extradition to the US will complicate things and infuriate Beijing. Surely, her lawyers will urge her not to think about fleeing, for she would not only lose bail but effectively “betray” those who vouch for her. More pointedly, a presumption of guilt is pinned to the fugitive and she’d lose the possibility of exoneration in court.

On the other hand, it’s nice to be free.

Most poor souls under detention have no such options to ponder, but if you are independently wealthy and have the support of resourceful state apparatus working on your behalf, all kinds of things are possible.