INTRODUCTION TO THE NOVEL 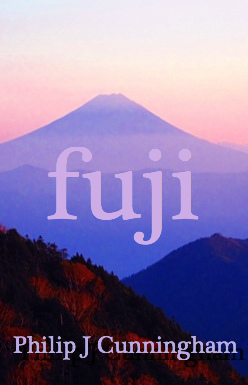 Available as a paperback or ebook at Amazon


FUJI is an exploration about what it means to be a foreigner in Japan in a global era when nationalism is on the rise and individualism is at risk.

Facing deportation from Japan on trumped-up charges of having "too much personality" TV news rewriter Collin B. Long escapes arrest but must stay on the move to keep one step ahead of his pursuers. He seeks sanctuary first with fellow foreigner, Huang Jianhong and later with the magnetic TV personality Miki Matsu.

Waiting out the statute of limitations in the hills, Collin joins an international documentary project that quickly goes awry, locking him into a struggle with nature, the law and his former co-workers. A comedy of manners laced with wit, insouciance and insolence, Fuji is the story of seeking truth, beauty and love in all the wrong places.

Set against the magnificent backdrop of Japan's highest peak, the three main characters each have their own small role to play in thwarting a right-wing takeover that threatens life in Japan as they know it.
Mount Fuji in her many moods stands aloof witness to the conflicted men and women who struggle to come to terms with their own human folly in changing times.
on February 06, 2020