NEW YORK EDITORS WITH A THING FOR CHINA

With tens of thousands sick and more than two thousand lives lost, among them a growing number of nurses and doctors, medical, the struggle to contain the coronavirus has put China on edge. A recent letter to the Lancet medical journal paints a heart-breaking picture of life inside the containment zone.

It’s understandable that people’s nerves are on edge at a time like this. That’s why the Wall Street Journal’s  “China is the Real Sick Man of Asia” provoked a strong reaction among ordinary citizens and officials alike. Many members of the WSJ reporting staff were also unhappy with this unfriendly and infelicitous “sick man” word choice, and said so, but the editors did not budge. 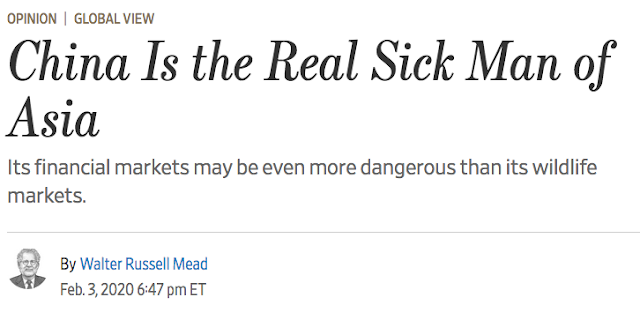