SINO-INDIAN STANDOFF IN THE HIMALAYAS

What role, if any, can the United States play in moderating Sino-Indian tensions?

The recent melee between Indian and Chinese troops in the stark, precipitous and almost Martian-like terrain of the Sino-Indian border near Pangang Lake in Galwan Valley will not be soon forgotten. Although cool heads have prevailed in both Beijing and Delhi, calling for an immediate halt in fighting, both countries are extremely incensed, not to mention face-conscious, about the “heroes” lost on their respective side on the conflict. While it is reassuring to learn from reports that not a single shot was fired, it is shocking to think that hand-to-hand scuffles in treacherous terrain could result in dozens of deaths.

In the English-language media there is emotional talk in India of shifting its policy away from China and looking to shore up support from other quarters abroad, particularly America. Within hours of the conflict, India indicated it was thinking of joining the US bandwagon in banning Huawei and other Chinese firms. The US has never been a strong influence in India, especially during the Cold War, because it was seen, with sufficient justification, to favor Pakistan which was locked into SEATO and other strategic treaties with the US, and was also a major recipient of US aid and military largesse.

Ironically China, too, found it within its interests to lean toward Pakistan, especially after the Sino-Soviet split, because India was seen as being in the Soviet orbit. It’s no coincidence that the secret diplomatic legwork that culminated in Nixon’s visit to China was largely conducted via Pakistan.

US Pakistani relations subsequently cooled to the point that it was possible for Pakistan to shelter Osama bin Laden without US knowledge and approval, not that approval would have been forthcoming.

What if any role can the US now play in soothing tensions among the three restive neighboring nuclear states of India, China and Pakistan?

History provides an example of a terrible intervention, one that surely made things worse, and a deft, minimalist intervention that clearly helped calm things down.

Mountbatten, intent of staging a gallant British retreat and anxious himself to return to Britain before schedule in 1946, put pomp and circumstance above the practical amelioration of communal violence and desperate conditions on the ground. He accelerated the partition of India and Pakistan in secret, while assigning a person with no experience in the subcontinent to hastily draw maps and borders that have been unstable hot spots ever since.

A decade and a half later, a bloody conflict broke out between China and India in Ladakh, near the site of the present-day conflict. US Ambassador Galbraith was the man for the moment. He credits the fact that his friend the President had his back, but also tellingly noted that JFK had his eyes on Vietnam and Southeast Asia and Cuba was not at all interested in intervening in India.

This was an inadvertently propitious arrangement, for it gave the US Ambassador maximum leeway to rely on the diplomatic toolbox without resort to weaponry, though some logistic support eventually was sent to India, with the interesting condition, and one which PM Jawaharlal Nehru readily agreed to, that the anti-American Defense Minister Krishna Menon “had to go.” Nehru wanted a show of American military support but the US was preoccupied by the Cuban Missile crisis. By the time Kennedy turned his hawkish gaze to India, Mao had already ordered Chinese troops to withdraw.

Galbraith’s comments on the crisis are as relevant and ring as true today as they did then. He described it as “an accidental conflict” over a “totally useless piece of land.” An agronomist and economist by trade, he saw professional militaries, bored by long periods of peace, as over-anxious to provoke conflict.

"In the old days, land was important as the giver of all things. That period is gone now. Technology and brainpower are all that matters and yet conflicts over land, specially one like on the India-China border, that yields nothing, continue. This is a burden of ancient history that we continue to carry. If tomorrow there is settlement on planet Mars, we will begin to worry if others are interested."

Wise words for the ages.

Galbraith refused the opportunity to inflame passions over which side was right or to sing praise of one side over the other by noting in the same interview that “inventive journalism is a great danger to mankind.”

He worked quietly with an understandably agitated Nehru to deescalate, but he later remarked that the US State Department wasn’t of much help, either. As he related to Colonel Athale, the State Department “considers foreign policy something which is to be conducted for the convenience and enjoyment of people in Washington.”

The current US Ambassador to India, Kenneth Juster, may be in a similarly propitious position as his predecessor Galbraith was. His conservative, sterling reputation and his on the ground role in arranging the Trump-Modi summit give him discreet leverage in the current context. (disclosure: Kenneth Juster and I were classmates as AFS exchange students in Thailand)

With the Trump administration distracted every which way, the inability of the US executive branch to focus on India might provide an apt moment for quiet, behind-the-scenes diplomacy to help keep the peace.
In the very least, the US should not exploit this dangerous rift, whether it be to goad India to support the US trade war, exploit India-Pakistan tensions or stoke paranoia in Beijing by adding to the already considerable US military encirclement of China. 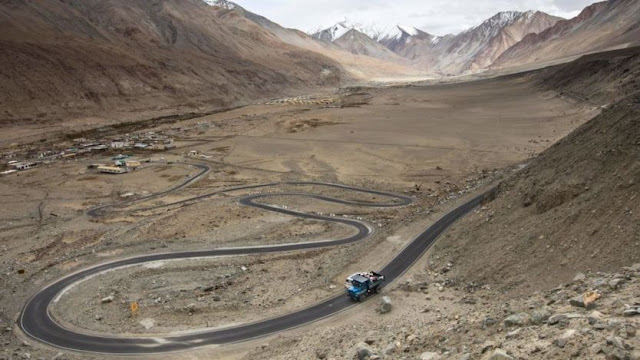