THE MUCH-MALIGNED MULAN IS NOT SO BAD 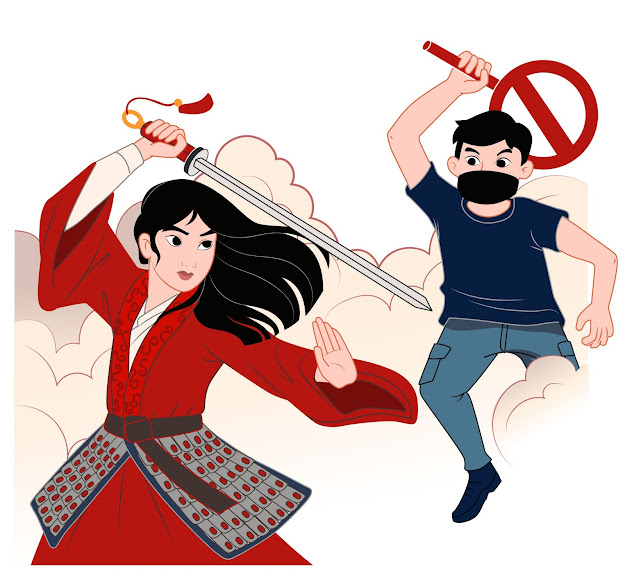 Mulan is a movie, a make-believe story, so it’s hard to understand why it’s attracting so much hate in the media. It’s much ado about nothing, a tempest in a teapot about a sappy princess film made for middle-schoolers from Manhattan to Manchuria.

The film may have muddled a much-beloved myth, but most of the complaints are tangential to the film itself. Calls for a boycott are presumptuous, logically inane and pointedly political. The film is being social-media shamed; it’s a case of guilt by association, guilt by geography, guilt by China.

Disney entrusted New Zealand director Niki Caro, despite a thin resume, a big budget for a big film, but money alone is no guarantor of success, especially if the script is sub-par. The budget was squandered on expensive location shoots, costly CGI and a short detour to Xinjiang for a little background ambience that Disney would come to regret.

Contradictions that dogged the production process also dog the hounding of the critics. It’s been noted that the director and most of the crew behind the camera are Caucasian, so they can’t possibly get China right. On the other hand, the director and crew are also criticized precisely because they got China exactly right­; not ancient China but today’s China. Mulan portrays an authoritarian state in which the paramount leader is universally revered, minorities are viewed askance, and everyone is constantly exhorted to be honest, to sacrifice and work hard for family and the collective good.

So, what is it? Does the film “understand” China not enough, or all too well?

The arguments about cultural authenticity are similar. There are Asian Americans, and untold numbers of Chinese nationals prone to question the “authenticity” of a film made by someone not of the ethnic group being portrayed. Well, at least the director of this story about a young woman is a woman. But Caro must have anticipated the inevitable critique of not being Chinese and thus pre-emptively doubled down, spending big buck to enhance “authenticity.” She exuded pride talking about the hiring of 80 trick riders from Kazakhstan and Mongolia for the cavalry scenes in which ethnic rebels shoot from horseback.  And she personally made a trip to Xinjiang to get a sense of the “real” location that is only alluded to as the northwest in the script.

But Caro’s visit to Xinjiang, reportedly home to numerous labor camps that imprison large numbers of indigenous Uyghurs, not only did not lend an aura of authenticity to the film itself, which is a whimsical work of fiction, but it set off a firestorm of controversy that has yet to abide.

In today’s world, where American leaders and their counterparts in the Five Eyes countries of UK, Australia, New Zealand and Canada are waging a concerted anti-China influence campaign, the hapless Xinjiang visit provided fodder for politically-primed critics of all stripes. Not just human rights advocates concerned about the Uyghur’s plight or the opportunistic “pro-democracy” activists in Hong Kong who harassed actress Liu Yifei for six months because of a single retweet, but even desperate US politicians striving for five minutes of fame in an incendiary election season.

Mulan is not a bad film. It’s a feature film, not a documentary, it’s not even remotely historical. It’s a make-believe entertainment based on a popular, appealing and endlessly malleable legend of a warrior woman. The dialogue is clichéd and the plot is full of holes, but it’s a visual treat, and represents years of hard work on the part of cast and crew.

But sometimes a warrior woman can find herself in the wrong place at the wrong time, as was the fate of star actress Liu Yifei, for whom a single retweet about Hong Kong police, and the English words, “What a shame for Hong Kong” have caused her to be excoriated beyond reason and belief.

That such a milquetoast of a film should win such opprobrium and that so admired, but anodyne an actress as Ms. Liu should be so vilified is unfair.  It’s a case of media over-kill, in which the media is the message and the media is the problem.

The hot currents of the social media influence moods around the world, moving almost at the speed of light, like a lightning flash.

Mulan is just the latest lightning rod. It could happen to almost any film and any of the people associated with a given film. All it takes is an offhand comment, a politically incorrect action, a clash of cultures or a hyped-up trend in the cancel culture wars and millions of dollars can go up in smoke.

It’s ironic that Mulan, of all films, turned out to be such a Rorschach test for the insecurities of the present moment. Few films have done such due diligence, attempting to adhere to the dictums of political correctness on both sides of the Pacific at once. Mulan made a good-faith effort to strip from the production any “cultural incorrectness” that viewers in the world’s two biggest markets, China and the US, might find objectionable.

What did the film in, ultimately, was not so much the ponderous effort of trying to please, but trying to please too hard at a time in history when it’s all but impossible to please both sides because things are so polarized. It doesn’t take much to get sparks flying.

The film was also hampered by a hankering for stellar box office. The producers put up 200 million confident they could make more. Raking in a cool billion was not out of the question if it proved to be a hit everywhere, which begs the question of pandering to popular tastes.

As such it was scripted as a feel-good film stripped of things deemed objectionable, but also overladen with elements that viewers in both markets were calculated to find pleasing.

The result was mishmash.

To put it another way, despite excellent acting by lead Liu Yifei, and sumptuous production values, Mulan fell on its own sword. 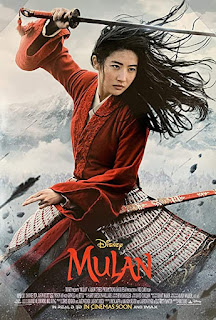