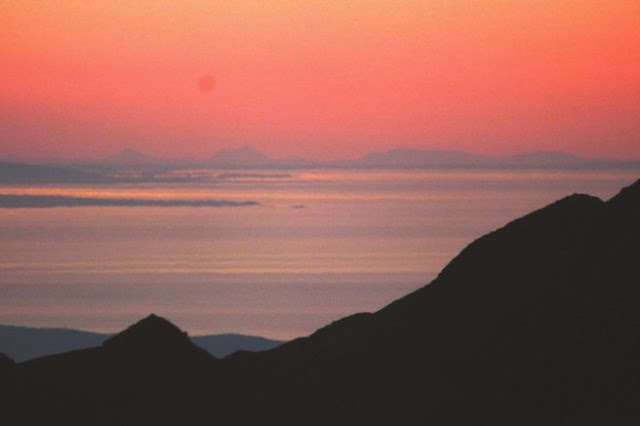 Triangles make for famously stable structures, but the balance is lost if two sides make a habit of ganging up against the third. Take the U.S.-China-Japan trilateral relationship. entering a new period of stress thanks to Tokyo and Washington coordinating policy in order to check China’s economic rise and its military ambitions.

Although there have been brief periods when the U.S.-China relationship was paramount and Japan had to sit on the sidelines, the norm for most of the Cold War was for the U.S. and Japan to coordinate policy to contain China.

Despite current appearances to the contrary, U.S. and Japan have a mixed record when it comes to coordinating China policy.

When Richard Nixon announced plans to normalize relations with China without consulting his Japanese counterpart, Sato Eisaku, it took Japan’s political establishment by such surprise it thereafter became known as the “Nixon shock.” Japanese newspaper Yomiuri Shimbun opined at the time that Japan should, “never again become a pawn in U.S. diplomatic games.”

Sato’s successor, Tanaka Kakuei, pulled a Nixon of his own, taking the initiative to establish full diplomatic relations in September 29, 1972, firming up Sino-Japanese ties with an alacrity that made plodding U.S. policymakers uncomfortable.

Japan and China would go on to further strengthen ties with a peace and friendship treaty on October 23, 1978 under the leadership of Deng Xiaoping and Fukuda Takeo. The U.S. and China did not establish full diplomatic relations until late in the Carter administration, on January 1, 1979.

The next decade was the golden age of Sino-Japanese relations perhaps best epitomized by two examples of Japanese soft power, the “Silk Road” music of Kitaro and the NHK hit drama “Oshin,” both hugely popular in China. CCP Chairman Hu Yaobang, who visited Japan in 1983, was a big booster of cultural exchange, and his political demise due to Beijing infighting later in the decade was a clear indication that the happy days were coming to an end. For most of the 1980’s however, complementary economic interests, generous Japanese investment, a common fear of the Soviet Union, and shared concerns about the Korean peninsula kept things going smoothly.

Even in this period, there were Japan-China scuff-ups that will sound familiar to contemporary observers, namely irritations about militaristic posturing at Yasukuni Shrine and the question of Japanese textbooks that played down or skirted Japan’s deadly legacy in China between 1931-1945. Reagan visited China in 1984, but U.S.-China relations had by then already lost the promise and glamour of the early days.

Then the crackdown at Tiananmen in 1989 shook China, and shook China’s relations with the world. Although serious sanctions were limited, the talk was acrimonious and diplomacy took a back seat.

Japan was relatively restrained in its diplomatic criticism, playing the good cop, while the U.S. wore its outrage on its sleeve, playing the bad cop. Within the U.S. government, there were likewise two sides, with realists like Henry Kissinger and Brent Scowcroft calling for engagement, while congressional politicians dependent on victory at the ballot box, such as Nancy Pelosi, rallied strongly against Beijing.

Bill Clinton, seeking to unseat George W. Bush, accused his rival of “coddling dictators in Beijing,” dictators whose exquisite hospitality he would later enjoy during a lengthy stay in Beijing in July 1998 when he and his wife Hillary were feted for getting China into the WTO.

Both the U.S. and Japan saw serious setbacks in China relations after the halcyon days of the Clinton visit.

The May 7, 1999 U.S. bombing of the Chinese Embassy in Belgrade during a NATO action against Serbia provoked hard-to-resolve tensions, as did the inadvertent collision of a U.S. spy plane and a Chinese jet. The U.S. EP-3E plane made a safe emergency landing in Hainan but the Chinese pilot was killed. Shrewd diplomats such as Yang Jiechi, currently a politburo member, and like-minded U.S. counterparts put the awkward mishaps in the past tense and took a forward-looking attitude.


Neither U.S. nor Japan has been monolithic and ideologically consistent in its China policy. Both sides have responded to different interest groups at different times. Policy has at times been achieved by fiat, as seen in the ground-breaking visits of Nixon and Tanaka, and by forward momentum riddled with a few Cold War countercurrents, as under Nakasone and Reagan. There are flipflops defined by rank opportunism, such as Bill Clinton, while at other times the faceless security state of defense and intelligence agencies have ruled the day, as evident under the two Bushes and Obama.

Abe Shinzo and Donald Trump are probably outliers in all of this, with Abe’s extreme animus to North Korea taking some of the heat off China while Trump’s extreme enthusiasm for North Korea had a similar effect. Both politicians zigzagged on China policy, but Abe left office with China relations in far better shape than the disastrous end years of Trump.

So far Biden seems to be listening carefully to what Pentagon and intelligence experts are saying, suggesting a kinship with the policy inclinations of the two Bush administrations and of course that of Obama. But the Biden administration also claims to be putting “human rights” first according to U.S. Secretary of State Antony Blinken, which bears troubling echoes of Mike Pompeo’s righteous evangelistic policy.

It could be argued that the Covid pandemic has caused both China and Japan to ease up on the other, which has put Japan out of synch with U.S. anti-China rhetoric.

Japan’s incumbent Prime Minister Suga Yoshihide does not appear to want to rock the China boat, though he is under pressure from both sides. Beijing has warned him not to cave under U.S. pressure to isolate China, but he’s also under pressure to push back against China from domestic constituents who want a “tougher” China policy, especially on the Xinjiang issue.

Japan and the U.S. have long been keen on playing good cop and bad cop with regards to China. Sometimes the role-playing has reflected carefully coordinated policy, other times it reflected divergent self-interests.

An upcoming point of divergence to watch concerns the Olympics. Japan’s plans for the summer games, already seriously disrupted, are not well served by U.S. calls for a boycott of Beijing’s 2022 Winter Olympics. Should Japan join the clarion call, the summer games will likely lose the support of China. North Korea’s recent withdrawal from the games was a mere irritation, but China pulling out would send a loud message.