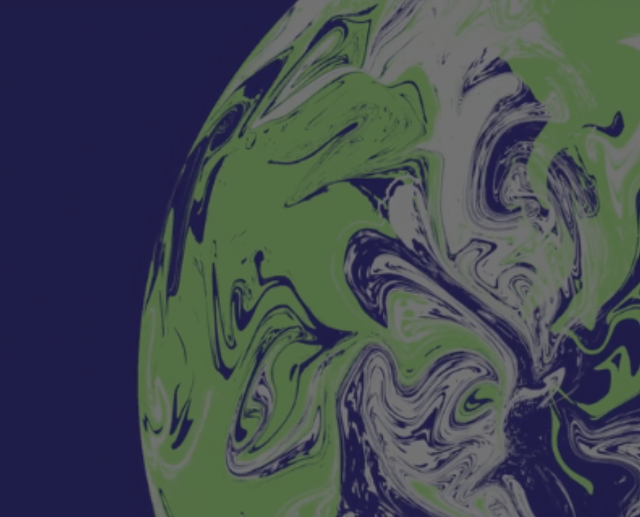 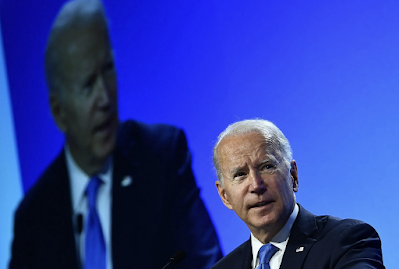 One of the few silver linings to the Covid-19 cloud is the discovery that a great deal of business travel is unnecessary, as is the daily commute for many workers. The sight of world leaders jetting around the globe to stay at top-end resorts with huge delegations in tow was once considered normal, but is it really necessary?

That’s not to say face-to-face talks don’t have a role to play, but shouldn’t they be kept to a minimum, if not for the pandemic, then in the spirit of stemming climate change?

This year’s United Nations’ Conference of the Parties, better known as COP26 is being held in Glasgow, featuring some 21,000 attendees, including thousands of diplomats and over a 100 national leaders.

Do the energy-hungry logistics of the event bring the world any closer to keeping the rise in average temperatures to less than 1.5 degrees Celsius?

Consider, for example, US President Joe Biden's motorcade, consisting of over 20 vehicles. These were not energy efficient models, but old-fashioned luxury limousines and gas-guzzling SUVs.

This extraordinary motorcade, put in place to move one man from Air Force One to various venues and back, was pared down from the president’s 85-vehicle motorcade when he visited Pope Francis in the Vatican.

Yet Biden took exception to Chinese President Xi Jinping not being at the conference. “It is a gigantic issue and they just walked away,” he said, adding, “How do you do that and claim to have any leadership mantle?”

But it seems neither fair nor in keeping with the scientific goals of climate mitigation for the US president to wag his finger at the leader of the country whose engagement in stemming global warming is crucial. Covid-19 also complicates the decision to travel.

Despite Biden’s claim, China did not walk away – its climate envoy, Xie Zhenhua, met America’s climate tsar John Kerry, and China did send a delegation, though it restricted its official list to 50 people. “When we go back, we will have to isolate for 21 days,” explained Wang Yi, a senior adviser to China’s delegation.

While quarantine protocol varies by country, Wang raises a good point. Why are so many people being enjoined to gather in a small, crowded venue as the pandemic rages on?

What’s more, the work of climate change doesn’t begin and end in Glasgow.

One suspects that Biden attended this particular meeting because it dovetailed nicely with a larger European tour, but that doesn’t mean only those in attendance showed “leadership”.

Biden, like many competent leaders, is good at delegating. He’s missed plenty of meetings, but is skilled at finding subordinates to do the nitty-gritty work and attend meetings on his behalf, so who’s he to say that showing up in person is a necessary quality of leadership?

Instead of showing an understanding of how politics works, he chose to grandstand, hinting that he alone was a “real” leader due to the absence of Russia’s Vladimir Putin and China’s Xi.

The Centre for Biological Diversity has taken Biden to task for the “whiplash of his rhetoric”. “First he asks Opec to pump more oil, then describes his worry about the horrors of climate change,” a representative of the centre told The Guardian.

Indeed, Biden often contradicts himself, so his aides are well-versed in damage control. An unsettling example was his recent off-the-cuff claim that the US is committed to protecting Taiwan in case of conflict.

That’s technically in violation of the spirit of the Shanghai Communique which has helped keep US-China relations on track since 1972.

Biden’s comment on Xi’s non-attendance at COP26 is reminiscent of how his predecessor Donald Trump and his supporters goaded Biden during the 2020 presidential election campaign.

Trump was forever flying here and there, whipping up crowds and giving stump speeches while Biden stayed mostly out of sight. The few video calls he made from his home led to taunts that Biden should get out of his basement and campaign like a man.

Biden wisely did not rise to the provocation. Yet he is now taunting Xi on a similar issue – whether you can phone it in or must show up in person.

There’s good reason to believe that summitry will not return to pre-pandemic levels of excess. Few of these expensive gatherings – the G20, Asia-Pacific Economic Cooperation forum or Association of Southeast Asian Nations summit, the annual gathering of the world’s rich at Davos, or even a well-meaning climate conference – are necessary or substantive.

And singling out Xi, who was willing to take part via video link, but was denied such access by the British hosts of COP26 for poorly-explained reasons, sets a bad example.

Given the pandemic, why shouldn’t the leader of the world’s second-largest economy whose participation weighs more heavily on the future of climate change than any other except perhaps for the US, be able to phone it in?

Indeed, there’s something to be said for a leader skipping the motorcades, banquets, grandstanding and handshaking inside elaborate security bubbles, not to mention the environmentally damaging flights, especially if it’s just for show.

Climate change is serious business, but it is diminished by politicians who use it to score political points.