US-CHINA ARMS RACE AND WEAPON TESTS: WHEN LESS IS MORE 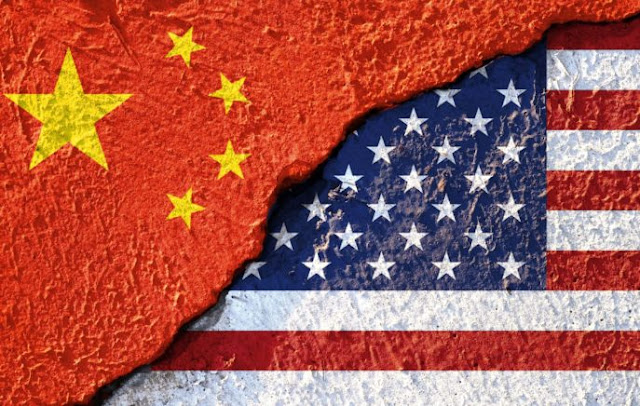 The fable of Chicken Little teaches children that doomsayers are not always right. One needs to keep a cool head and judge things for oneself.

Adults reading Western news reports hyping the China threat would be wise to keep this elementary lesson in mind.

The breathless and sensationalist China-slamming reports produced by British and American media these days have let loose a flock of clucking successors to Chicken Little. It’s not just deplorable journalism to hype doom and gloom to enhance ratings and clicks, because in the worst-case scenario, a media campaign, even one based on spurious reports, can inculcate fear and create a knee-jerk consensus for action.

We saw this happen in the run-up to the war in Iraq, in which the media call to arms was clouded by undocumented claims of chemical weapons.

The lesson? Beware of political opportunism and profiteering when a media outlet starts banging the drums for war.

An October 16, 2021, “scoop” on China's missile capabilities in the Financial Times by Demetri Sevastopulo, in Washington, and Kathrin Hille, in Taipei, is a case in point:

“China tests new space capability with hypersonic missile: Launch in August of nuclear-capable rocket that circled the globe took US intelligence by surprise.”

Sevastopulo goes on to quote Michael Gallagher, a Republican member of the House Armed Services Committee, who says the test should “serve as a call to action.”

“A Sputnik moment” declared Politico managing editor Blake Hounshell. Soon echoes of the FT finding were amplified on Fox News, where Texas Senator Michael McCaul invoked Sputnik and hypersonics to lament that the new Cold War was being fought with stolen technology.

If FT’s “scoop,” and the attendant call to arms and action, is in any way comparable to the Soviet Union’s epoch-defining strategic leap when they launched the first satellite into space, then we are in trouble.

To declare a “Sputnik moment” at a time like this is to double-down on isolating China and to incite the U.S. military industrial complex to churn out newer weapons and launch capabilities, endowing the defense business, and the business of defense, with tons of money at taxpayer expense.

The Wall Street Journal editorial board joined the drum-banging on Oct. 18, 2021:

“China’s Hypersonic Wake-Up Call: A missile test shows the next war won’t be anything like the last one.”

Then scientists began to speak out against the hype, and the New York Times, despite its penchant for negative China news, helped put a stop to the media contagion:

“If China Tested a New Orbital Weapon, It’s Not Much of a Surprise: Experts report that similar technologies were developed by Russia and the United States starting more than a half century ago.”

It was the Times’ science writer William Broad who questioned the validity of the incessant drum-banging. His no-nonsense piece about FT’s self-declared “scoop” quotes Harvard astronomer Jonathan McDowell as saying, “Every aspect of this story has question marks.”

Even FT reporter Demetri Sevastopulo backstepped a bit, with a self-deprecating joke on Twitter: Ever have one of those days where you wish you had a PhD in astrophysics? Asking for a friend.

The way news is dished out these days, fast and furious, and often in keeping with the prejudices of the moment, the misinformation piles up until the truth is obscured.

Even the most reputable sources can at times produce polished, fact-checked reports that turn out to be wrong. Sometimes reports are unduly one-sided, at other times incomplete or poorly sourced. Sometimes the political agenda of the owners influences the better judgement of the staff.

The “hair-raising” FT article revealed that China could launch a rocket that would take it in orbit almost all the way around the planet—via the South Pole no less—and deliver a drone-type strike on a target in the Western hemisphere.

Carnegie Fellow and nuclear policy researcher Ankit Panda mocked the media hype, suggesting that the “Sputnik” moment means to "get nuked, but slower than normal, from the other side."

Slow or not, any nuclear bombing capability is troubling. Nor will any good come from  jump-starting a costly and dangerous arms race. Both the United States and the Soviet Union have had the capacity to do devastating things to one another since the 1960s. That China can now do so, and is expected in the near future to show an enhanced capability to do more such things in slightly novel and previously untested ways testifies to mankind’s paradoxical ability to up the capability for self-destruction.

So why is China even testing such things? And why is the U.S. doing likewise?

The recent in-depth virtual talks between Biden and Xi are a welcome development. At a time of hyped-up military posturing, it takes cooperation, and cool heads at the top, to keep in check hardcore elements who want to go the Dr. Strangelove route of ensuring mutually assured destruction.

A nuclear winter might slow the rate of global warming, but there won’t be many people left to enjoy it. The November 16 announcement that Biden and Xi are willing to look into arms control talks is a step in the right direction. Such talks helped the U.S. and USSR dial down dangerous tensions and reduce arsenals that could have destroyed the world many times over.

This is as good a time as any for the U.S. and China do the same.