WHEN IT COMES TO MEDIA COVERAGE OF US-CHINA SPORTS CONTROVERSY, FOLLOW THE BOUNCING BALL 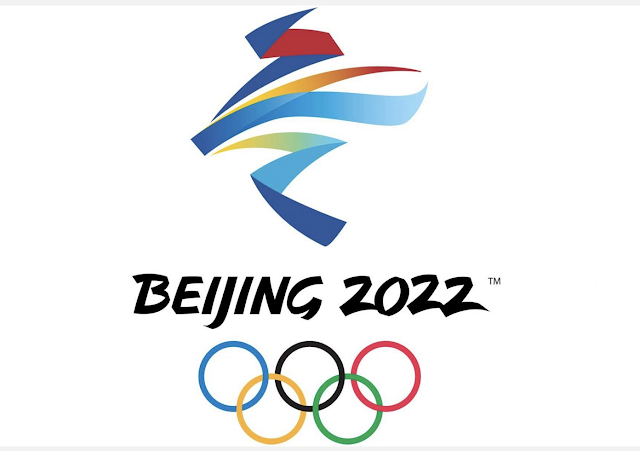 It’s too early to say if the Biden administration’s decision to boycott the Beijing Olympics at the governmental level is a case of having your cake and eating it too, or biting off more than you can chew.

“This is just an indication that it cannot be business as usual,” said White House spokesperson Jan Psaki, who then indicated that business will go on as usual, adding, “The athletes on Team USA have our full support. We will be behind them 100% as we cheer them on from home."

On the one hand, Biden needs to keep channels of communication open with China. On the other hand, he has to answer to anti-China sentiments of members of his own party and the pressure from the political opposition to be ruthless on China.

Perhaps indicative of the built-in hedge, so far he has let subordinates do most of the talking. "We have a fundamental commitment to promoting human rights,” Psaki added. “And we feel strongly in our position and we will continue to take actions to advance human rights in China and beyond." Secretary of State Antony Blinken stressed the importance of a “shared approach.”

But punishing Beijing in a small symbolic way does not satisfy the big hunger of the red-meat crowd.

“A diplomatic boycott of the Beijing Olympics is a joke,” Trump nominated diplomat Nikki Haley tweeted, “China doesn’t care if Biden and Team show up. They want our athletes.” Former State Department head Mike Pompeo added to the furor: “The United States must rally its allies and partners to fully boycott the upcoming Olympic games in Beijing.”

Even the U.S. Holocaust Museum jumped into the fray: "Today, the White House announced a diplomatic boycott of the Olympics due to crimes committed against the Uyghurs. History has shown us how the Olympics can be used for propaganda.”

The U.S. has made its power play. How will China react?

Early indications suggest it will not react well. Various tropes are being floated by official spokesman and pro-government voices. How do those politicians who have not been invited have the nerve to talk of boycotts? And there’s the usual what-about-ism. What about the U.S. genocide of Native Americans? What about the brutal enslavement of Africans, the wars in Iraq and Afghanistan?

This is a tough moment for China in public relations terms. Officials are irked, but if they strike out too aggressively, they may only worsen the situation. There has been so much childish tit-for-tat between the U.S. and China ever since Trump took office that it has engendered a dynamic that limits the ability of both sides to roll up their sleeves and sort out their ongoing relational challenges.

Indeed, there is danger that a few well-placed shots could start an avalanche that buries the Beijing Olympics altogether. Biden’s bifurcated call might not seem a powerful hit, but as it comes from a respected leader in a high office, it could set off a series of other impromptu and opportunistic calls for a boycott, like we have already seen with Australia, the U.K., and Canada. Although Beijing-bashing is one of the few cross-the-aisle issues that Democrats and Republicans find themselves in agreement on, motivations vary.

And while the timing is coincidental, the boycott of tennis matches in China by the World Tennis Association in response to the ongoing Peng Shuai case has also created a concatenation of doubts about China. The tennis story gets an inordinate amount of attention because it has been orchestrated and amplified by a U.S. media machine looking for a story that their "me, too" readers can relate to.

The endless trickle of sober reports from Xinjiang make for depressing reading, but international outrage has been muted. The narrative as framed to date fails the attention test both due to compassion fatigue and specious claims of genocide which undermine alleged claims of genuine abuse.

Public opinion is as fickle as a bouncing ball, and the commercial media has seized on this, because it profits most when it tells a story its audience is primed for and ready to hear. Even stories that purport to speak to truth and justice get repackaged and spun to please and incite, speaking to pre-existing inclinations and prejudices.

Biden may have lobbed an easy shot, but it would be a tactical mistake for China to respond with a hard slam, as the U.S. has been spinning its serves to China for some time now.