BIDEN-XI: A RASHOMON MYSTERY OF A PHONE CALL 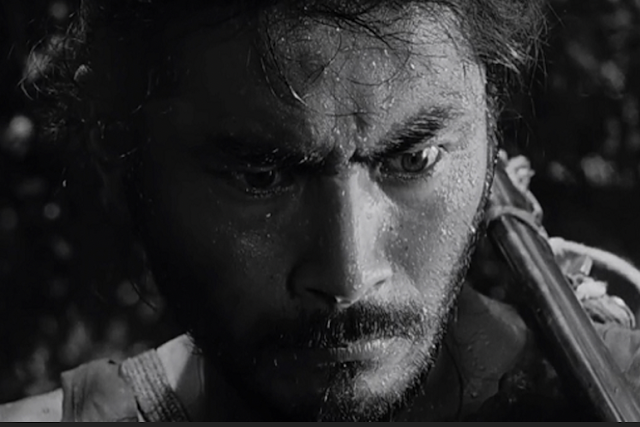 The leaders of the US and China are talking, which is good, but the readouts of the March 18 phone call between presidents Biden and Xi are at sharp odds. One hopes that some conciliatory dialogue took place off the record, because the record, even allowing for the Rashomon-like variance of official readouts, is not encouraging.

That’s not so much to say the two sides disagree about what was actually said as it is to say each side cherry-picked comments for their own purposes.

The US statement laid out US policy along with “implications and consequences” of Chinese military aid to Russia. The Chinese statements were rambling calls for peace.

The rhetorical flushes of the Chinese readout make a bid for the high moral ground:

Yet tellingly, China does not once castigate Russia for launching the war, or describe Russia’s bloody armed entry into Ukraine as war or invasion; it is merely portrayed as a “crisis.”

Xi takes on the role of a lofty and philosophical statesman calling for peace, negotiation and dialogue. He sees China’s role as a humanitarian one.

However a closer look at the official rhetoric suggests a hidden callousness. For one, China never acknowledges that its political partnership with Russia, officially confirmed as a pact on February 4, might have been an integral part of Putin’s war strategy.

Despite protestations of it being a country “always” for peace, China continues to give Russia a pass even though it is uniquely culpable for sending its tanks and guns into another country.

Likewise, China’s complaints about sanctions—a peaceful tool with which to combat armed aggression—is more a reflection of China’s fear of being sanctioned than a reasonable critique.

In both the Xinhua readout and in other statements by China’s state run press, there is a great deal of talk about the urgent need for Ukraine and Russia to sit down and talk.

Stop being naughty, kids. Fighting will get you nowhere.

China seems to be acting like the adult in the room, but this calculated stance is at once ruefully naïve and deeply deceptive.

Who could possibly disagree with the idea that both sides need to talk, right?

But a dialogue between victim and victimizer is not a meeting of equals.  A productive conversation is unlikely to follow.

What about the victim of an unprovoked assault such as rape?

To describe a bloody invasion as a rape may be indelicate, but China still can’t stop talking about “the Rape of Nanking,” the massacre that took place when Japan’s Imperial Army occupied China’s capital in 1937.

Yet Russia is assaulting Ukraine in real time and this war is televised. There’s no hiding that Russia is pounding the towns and cities of its neighbor with missiles and bombs.

Yet China looks the other way.

To be fair, Xi is not his brother’s keeper. It is Putin who is most to blame. Putin and his collaborators and his willing executioners.

Yet one can’t help but feel sorry for the hapless Russian troops who are forced to fight a war they don’t want to fight, and rare flashes of protest in Russia are timely reminders that this war reflects Putin’s stubborn will, not that of his people.

But the tanks and guns keep rolling in.

Is this the kind of situation where dialogue even makes sense?

China thinks so, and in doing so it hopes to convince the world that Xi Jinping is a profound and lofty thinker. But until Xi decouples with Putin he has no moral ground to stand on.

Xi Jinping almost certainly wants Putin to come out of this debacle with his prestige intact, no matter the cost to Ukraine, because Xi has publicly hitched his fortunes to this most-reviled man.

In the February 4 Russia-China pact, Xi calls Putin his "best friend," and it was the Chinese side that insisted the relationship be described as having  "no limits."

The Ribbentrop-Molotov pact in 1939 between Germany and Russia similarly turned a cold eye to the bloodshed in the "bloodlands" of what is today Poland and West Ukraine.  Whether or not the Xi-Putin pact will go down in history as a similarly grotesque and colossal mistake is best left to future historians.

What the Sino-Russia pact means in the here and now is this:

China can't start to solve the problem until it stops being part of the problem.

Unless Xi immediately decouples with Putin and withdraws all aid and propaganda support to Putin's monstrous project in Ukraine, Xi is putting himself at risk of being seen as a co-conspirator.

Ukraine is being brutally assaulted by Russia in real time. The wanton destruction of schools, hospitals, churches, theatres and residential blocks continues apace.

From the day Russia invaded Ukraine; Chinese media was under instructions to “support Russia/blame US and NATO.” This ludicrous editorial slant was unsustainable and it has subsequently been eased to a position of “show humanitarian concern for Ukraine/don’t oppose Russia.”

Either way, the Chinese media is quick to pick up and amplify echo Putin's lies and whitewash his crimes while his military continues to rain missiles on the bombed-out cities and gutted villages of the sovereign nation of Ukraine.