Seeing scenes of Russian tanks rumbling down the streets of Ukraine brings to mind memories of Tiananmen Square in 1989. 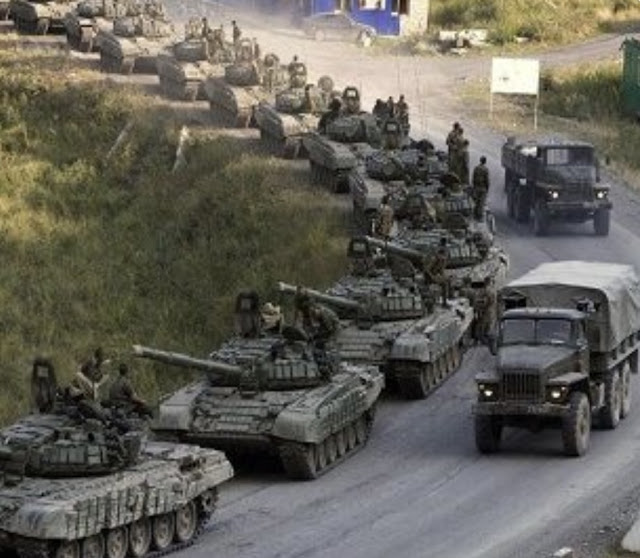 It's a stomach-churning sight, yet in Ukraine as in China so long ago, people step up and stand in front of them. Witnesses to history during China's horrific June 4 crackdown on Beijing students, workers and ordinary citizens have a visceral sense of just how implacable a line of tanks in action can be.

Poets grasp the essence of this, too.

The Nobel-prize winning poet Seamus Heaney, no stranger to the sight of British tanks in his home of Northern Ireland, wrote:

“No lyric has ever stopped a tank. In another sense it is unlimited. It is like the writing in the sand in the face of which accusers and accused are left speechless and renewed”

Yu Xiuhua, who was just a child in 1989, living in rural village a thousand kilometers away from Beijing recently wrote "Prayer" in reaction to the shocking news from Ukraine:

"I pray for a poem that can stop a tank,

Like stalking beasts, armored vehicles are relentless killing machines. It takes a lot of courage to stop one, even when its not firing. Tanks take no mercy on anything in their path, breaking up crowds, causing individuals to scatter as they grind forward, groaning and grumbling.

News that Russian tanks have reached the center of besieged Mariupol in coastal Ukraine suggests a new threshold of terror has been crossed in that unfortunate city.

Tanks have long been a tool of projecting Kremlin power. Soviet tanks rolled into Hungary in 1956 to crush popular demonstrations demanding more freedom. The people put up a heroic resistance but in the end were beaten down.

And in August 1968, Soviet tanks rolled into Czechoslovakia, smashing the hopeful moment of  liberalization and reform known as Prague Spring.

That is how Russian-Ukrainian poet Yevgeny Yevtushenko described his shock at the crushing of dissent in 1968.

I believe these words also ring true today as they did for the tens of thousands of Beijing citizens who watched PLA tanks roll down Changan Boulevard in the direction of Tiananmen Square during the early hours of June 4, 1989.

Tanks are iconic symbols of brute force. Tanks intimidate. Despite being somewhat slow, clumsy and difficult to maneuver, they are effective in breaking up crowds, if not the will of the people.

There are gruesome scenes circulating online of tanks barreling into Ukrainian towns, blasting cars, even individuals who get in the way.

But tanks are not only not invulnerable, but strangely subject to low-cost sabotage.

Scores of armored vehicles have been immobilized in the rich mud of Ukraine farmland. Hundreds more got trapped by immobilized vehicles blocking passage on narrow roads. 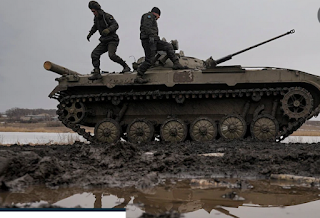 There are even several strangely uplifting scenes of Ukrainian farmers towing away captured broke-down tanks with their sturdy tractors.

Shrieking, smoking gas guzzlers, tanks are highly dependent on supply lines. The minute they run out of fuel, they are reduced to static hunks of metal.

An unfriendly crowd can demobilize a tank with cement barriers and steel bars, thwarting its movement,  jamming the treads. I saw this first-hand on Tiananmen Square near the Mao portrait as PLA armed personnel carriers rushed through the still-crowded Square, transporting soldiers, clearing the way for the line of tanks to come.

Several APCs were slowed, stalled or forced to detour by the strategic repositioning of existing road barriers.

But perhaps the most surprisingly vulnerability of tanks is that a small bottle of gasoline. A Molotov cocktail can put a tank out of action.

I saw this, too around midnight of June 3, 1989, not far from the Beijing Hotel. I was freelancing as an interpreter and field producer for BBC and attempting to interview some student protesters from the Drama Academy when an APC got stuck on a barrier to the east of the Square.

Unknown individuals carrying Molotov cocktails (they were not students as best I could tell) attacked a stalled armored vehicle and set it alight.

Mattresses and other flammable materials were placed on top of immobilized vehicle to feed the fire. Out scrambled the hapless tank crew who dashed for safety into a not very receptive crowd.

I heard angry protesters yell out, “kill them, they are not people, they are things!”

The group of students I was with begged the irate provocateurs to leave the soldiers be, seeing as they were unarmed and injured.

A friend from the Drama Academy helped clear the way to get a wounded soldier loaded into an ambulance. That soldier made it out unmolested,  but the ambulance was pounded, kicked and the rear door almost pulled off, so visceral and intense the hate.

Later on I learned that armored personnel crews elsewhere that night were not so lucky and got captured, killed and pulled apart by frenzied individuals in the crowd.

This all took place a long time ago, 33 years this spring, but such memories are not easily forgotten.

Watching the news from Ukraine continues to trigger memories of Beijing Spring for me, in part because that was the only time I experienced something akin to war up close, and in part because it didn't have to be this way.

The injustice of it is outrageous.

I support the people of Ukraine in their just struggle for sovereignty. I admire their courage in the face of so audacious and cruel an assault.

The sight of Russian tanks rolling in makes me shudder, but I also feel sorry for the men inside those tanks because many of them will die for the crazed cause of a madman.

Unlike the unarmed crowds milling about in the heart of Beijing in June 1989, the Ukrainians have the means to fight back in kind. Tanks are getting smoked and incinerated on highways taken out by drones and weapons of war.

Seeing photos of the long lines of tanks grinding forward, sometimes stationary for long intervals, reminds me of the thunder of tanks rolling in and out of Beijing during one of the most shameful chapters of Chinese Communist Party history.

Although the turret mounted guns did not fire, it was more than tents, bicycles and the Goddess of Democracy statue that got crushed under their heavy iron treads.

The Chinese media today extols a pro-Russian view and has consistently echoed Russian propaganda since day one of its undeclared war and thrust into Ukraine.

I don't think I'm alone in hearing echoes of 1989 as Russian tanks plunge into cities to break the popular will, and I know am not alone in my deep disappointment that the Chinese government stands, once again, on the side of the tanks and not of the people.

Tiananmen Moon: Inside the Chinese Student Uprising of 1989