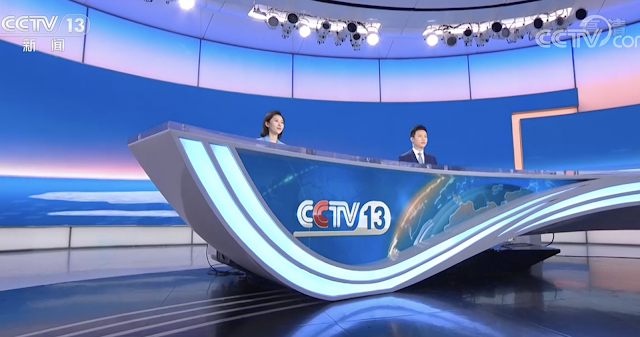 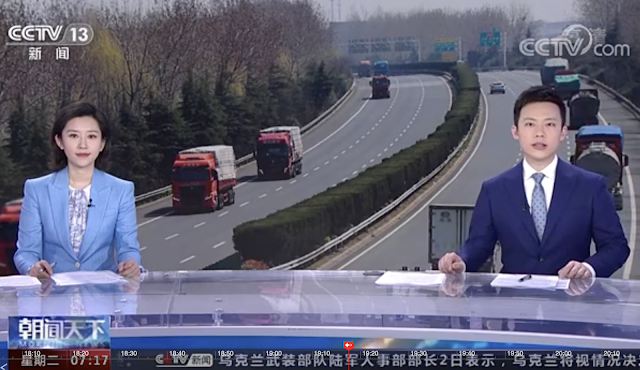 Domestic news is primarily about the long May 1 holiday, mostly trains, planes and automobiles. it is followed by  CCTV's daily "Ukraine Situation" with a sober shift in gloomy greenscreen background and matching editorial stance. 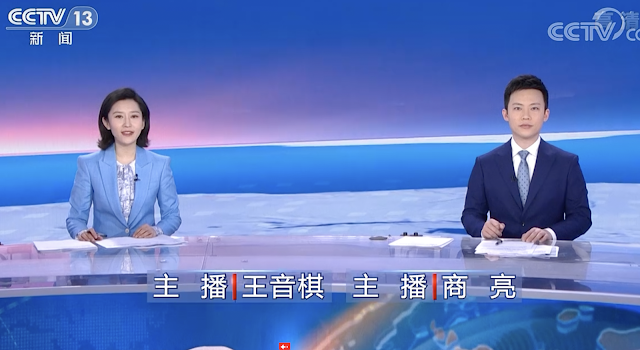 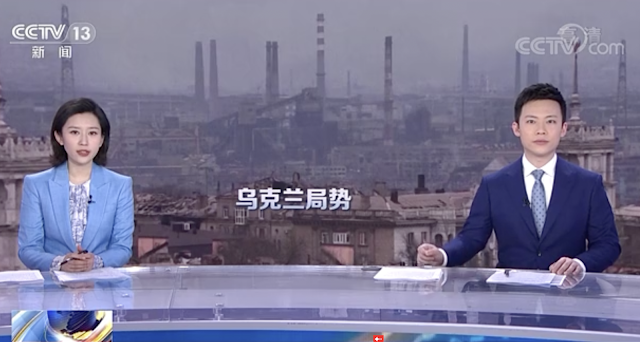 The only newsy thing about CCTV news today is its own treatment of Zelensky as a politician deserving of diplomatic respect, instead of a scoundrel who gets no face time or chance to talk, in paraphrase, or chyron quotes.

Zelensky gets at least half a dozen cameos in the May 3 news cycle.

But first, the situation at the Azovstal Steel Plant where evacuations proceed erratically. Over two days, 126 civilians were able to leave the underground redoubt. 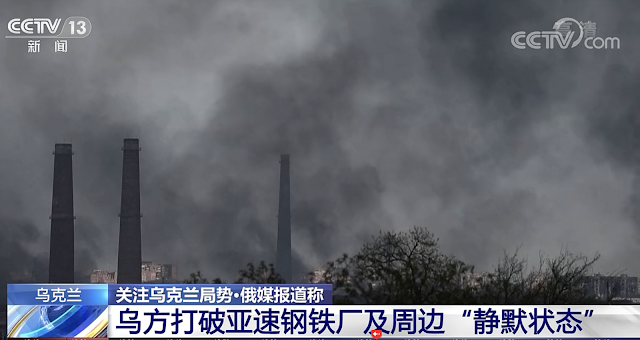 Both sides accused the other of hampering evacuation and breaking the ceasefire, though CCTV, embedded in Russia-controlled Mariupol, only tells one side of that story. (hint: not the Ukrainian side)

Thus it comes as something of a surprise to actually get some news from the Ukrainian point of view, here taken from a briefing by the Ukrainian defense ministry. 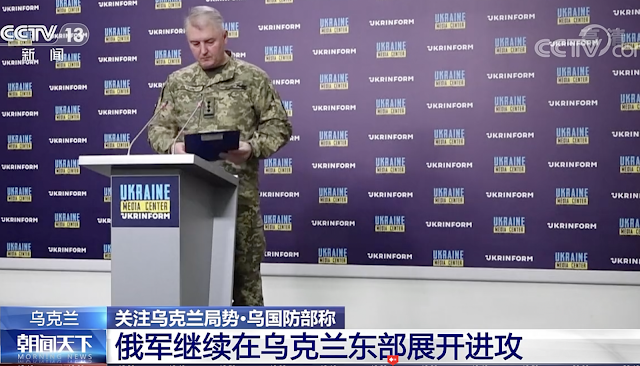 "Ukrainian troops are on the attack in the east"

Also taken from Ukrainian sources is this footage from Odessa. A Russian missile struck the building, killing one, "though this news cannot be confirmed" as CCTV goes on to say, in a rare display of journalistic skepticism, or maybe it's just a pro- Moscow hedge. 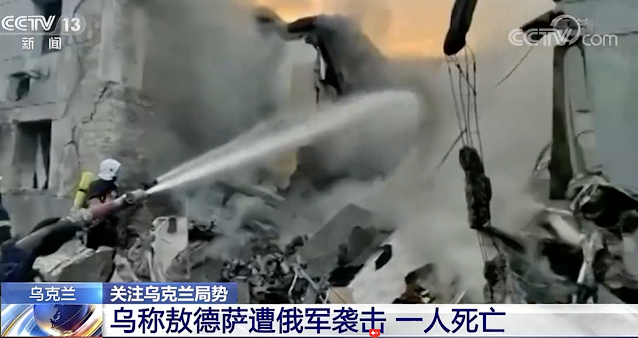 There is also footage of two Russian gunboats being obliterated by drone: 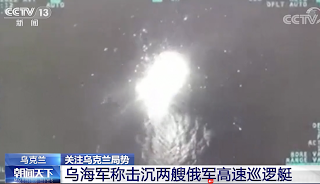 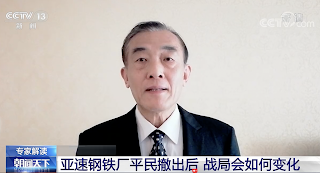 Chen says it's important to Russia to get the civilians out of the way and close the humanitarian corridor "so they can unleash real heavy bombing." 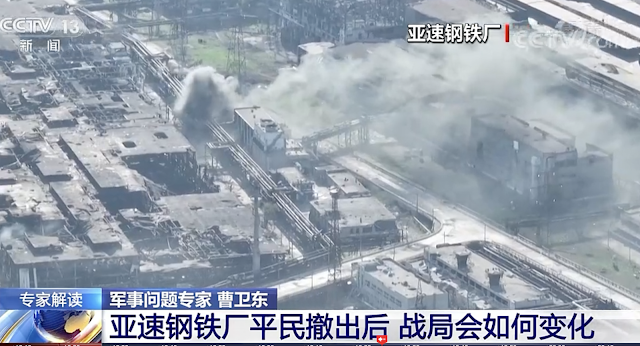 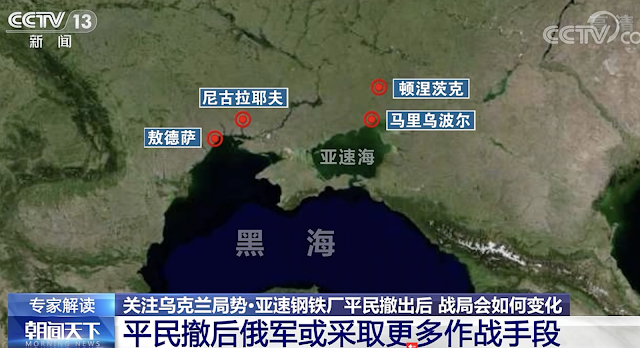 When Donetsk is under wraps and Azovstal extinguished, Mr. Cao says it's time to head west to take control of Mikolaiv...And, then, of course, Odessa.

By connecting the dots, Russia consolidates its holdings in a line and will control the entire coast of Azov and the Black Sea 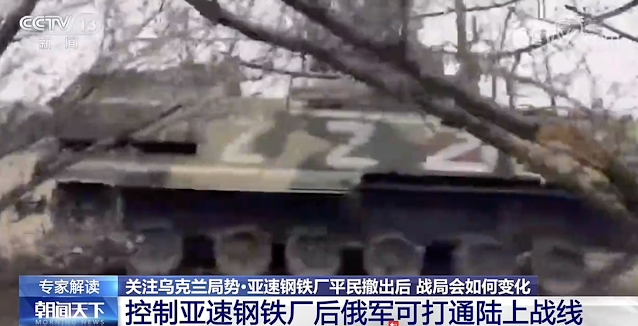 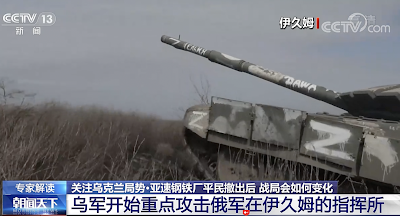 Mr. Cao talks rather favorably of Russia's war effort, in his mind, things are about to change, explaining that Azovstal is the real ace in the hole.

Without a presence there, Ukraine has lost its best negotiating chips.

In other news, the US is supplying Ukraine with M777 mobile howitzers.

And this rather harsh segment segues into a gentle series of stories from Kiev, using what appears to be pool footage of various press conferences and meetings.

It's almost neutral. Don't usually see much of this on CCTV. 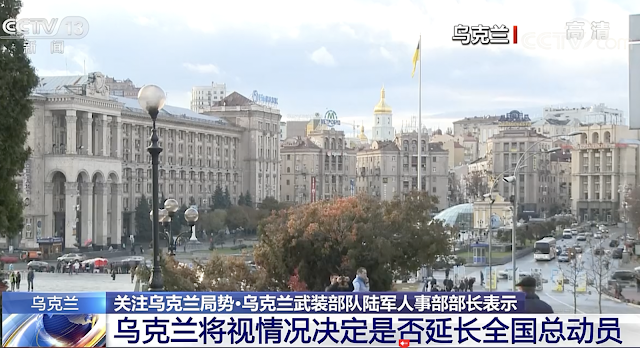 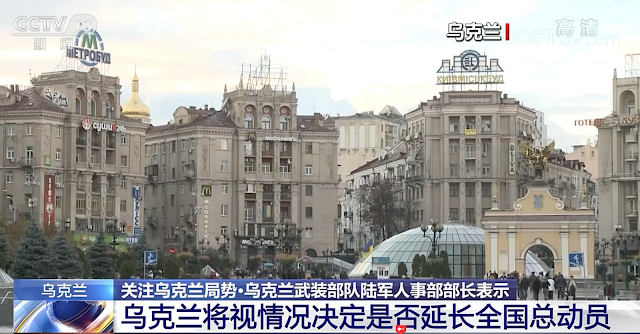 For it's not every day the Chinese TV viewer gets treated with pleasant scenes of controversial Kiev instead of the usual postcards from best friend Moscow. 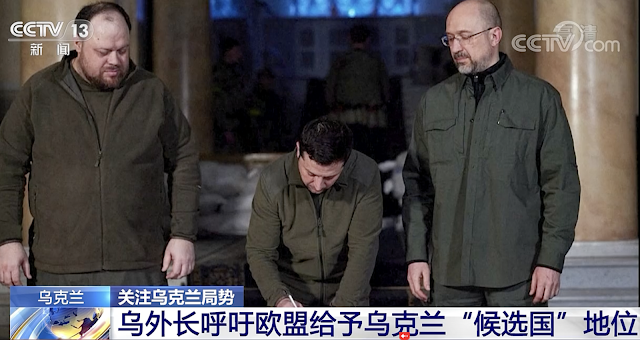 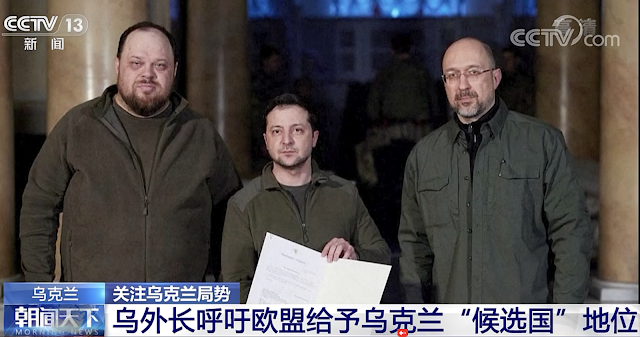 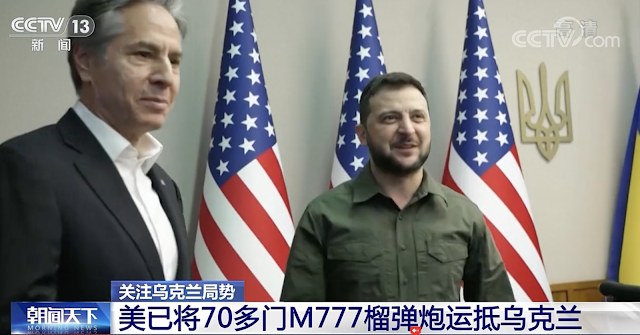 The Ukraine President is next shown meeting Antony Blinken.

And a medley of photos show Zelensky in conference with US delegation members Blinken and Austin to talk strategy. 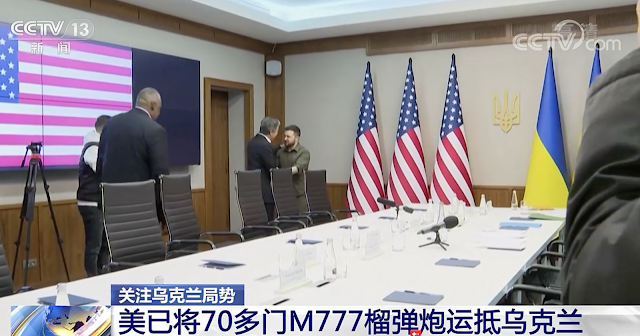 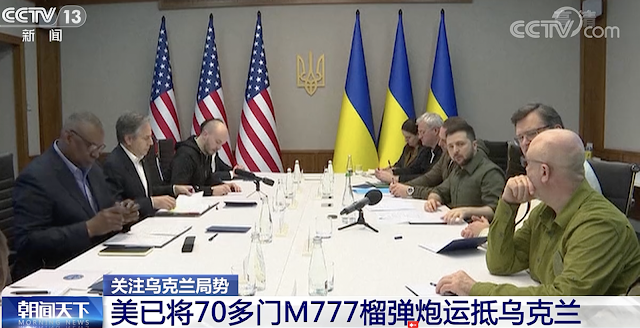 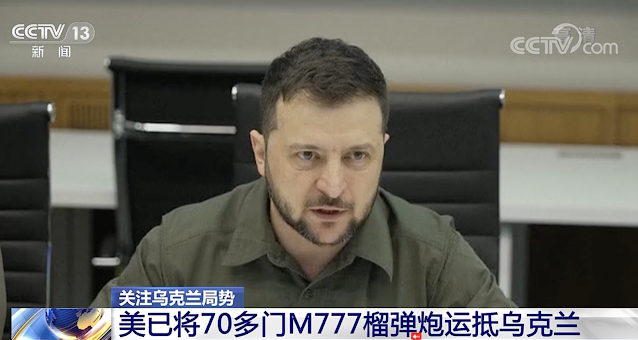 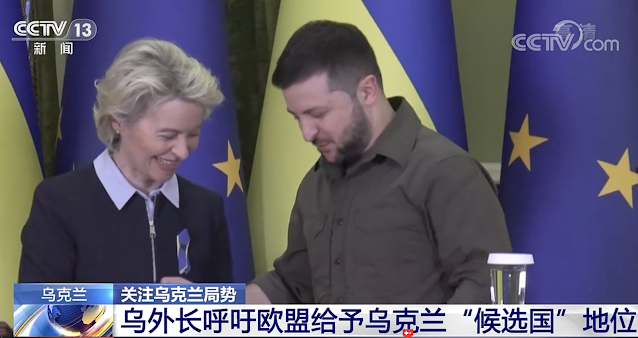 Well, wouldn't you know. Yet another shot of the man whose face was kept from the Chinese public for so long.

Zelensky again, as recorded during his May 1 meet with Nancy Pelosi in Kyiv. 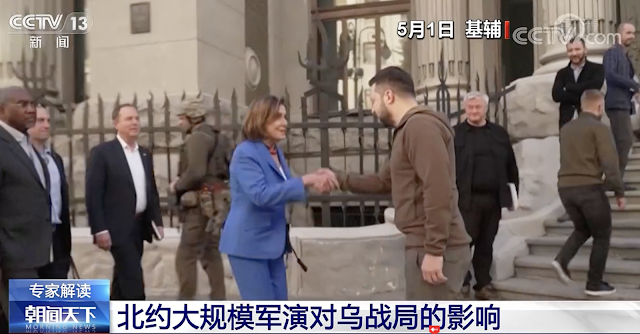 But CCTV hasn't gone soft on NATO, they still view it with the utmost suspicion.

Why all the weapons? They ask. Why the howitzers? Resident military expert Mr. Cao says they're giving Ukraine planes and tanks and "everything but nuclear weapons." 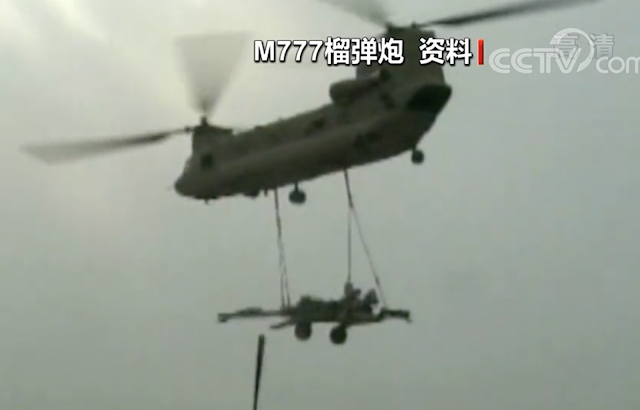 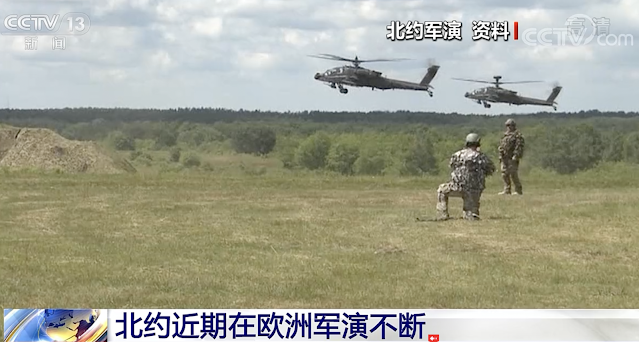 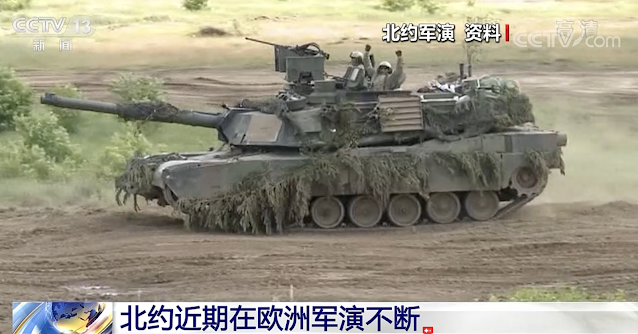 Why the large-scale NATO exercises? 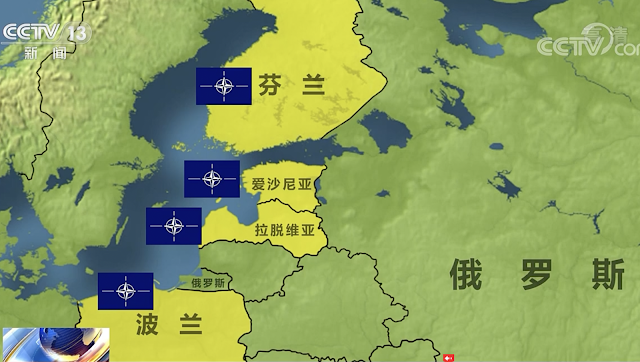 So did Greece and Macedonia. 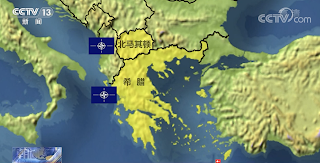 Russian Foreign Minister Lavrov does, too. He is quoted as saying that NATO is extending the war .

"leaders who supply weapons to Ukraine should be considered war criminals."

In sum, May 3 saw a unprecedented willingness to countenance Zelensky who has gotten short shrift on Chinese TV up until now.

As for the US and NATO? Well, still in the doghouse, and likely to remain there.

If your "everlasting" friendship with Russia makes it awkward to criticize Putin for his brutal and gratuitous war of invasion, you gotta blame someone.