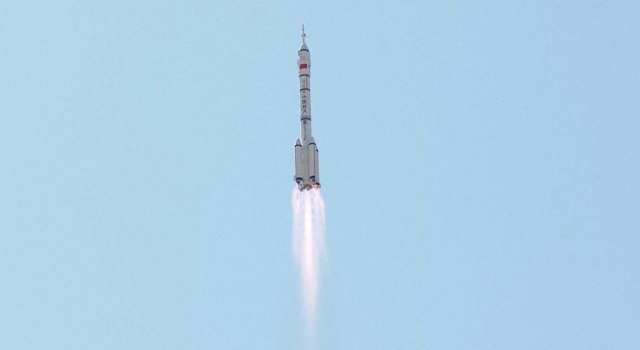 Why China’s ambitions in space should not be underestimated

China’s space programme may lag behind the US in accomplishments to date, but it is not to be underestimated. For example, the US-led International Space Station is bigger and has been in orbit much longer, but it is getting creaky and harder to maintain.

Then, there is the political fallout, since the project has from the start depended on close US-Russia cooperation.

For a decade, the US has relied on Russia to ferry its astronauts back and forth from space. The US module depends on the Russian wing to make necessary course corrections. In 2020, the oxygen-supply system in the Russian module failed, but it was supported by oxygen generation from the US side.

China was famously excluded from the International Space Station in 2011 due to narrow-minded political concerns in the US Congress, codified as the Wolf Amendment, but it has done a remarkable job of dealing with the political necessity of going it alone.

Chinese scientists conducted yet another successful manned space launch on June 5, using a powerful Long March 2F rocket to carry three astronauts in the Shenzhou 14 capsule from a launch centre in the Gobi Desert to the Tiangong space station in near-Earth space. This is the third crewed space mission to the station in the past year.

The crew, all in their mid-40s, include two veterans of early flights. Chen Dong was in the Shenzhou 11 mission in 2016 and Liu Yang, China’s first woman in space, made her inaugural journey on Shenzhou 9 in 2012. Pilot Cai Xuzhe joined China’s space programme in 2010 but has never been to space before.

In addition to spacewalks and other scientific activities, the astronauts will oversee two important additions to the 16.5-metre-long core Tianhe cylinder, which currently houses the crew. By the end of the year, the space station will be built out to assume a T-shape with two new modules, one of which is an additional crew chamber. When finished, the enlarged habitable platform will be about one-fifth the size of the International Space Station.

In December, the Shenzhou 15, similarly staffed with a crew of three, is expected to lift off for its journey to the space station. If all goes well, the Tiangong space station will be home to six astronauts as the departing crew will remain on board to welcome the new arrivals.

The Shenzhou 15 and the Long March 2F rocket are already on standby, in case of an emergency on the current mission.

What’s amazing is not just China’s ability to match US accomplishments in space station technology, but that it has simultaneously taken on extremely complex and ambitious projects aiming at the moon and Mars.

China’s perseverance in catching up with US accomplishments extends beyond manned space flight, which understandably gets the most media attention, to various remote missions and telescope projects.

China now possesses the world’s largest single-dish radio telescope in the form of the Five-hundred-metre Aperture Spherical Telescope built in a natural basin in Guizhou in southwest China.

Arecibo, the groundbreaking US radio telescope built in Puerto Rico, collapsed in December 2020, but the scope and size of China’s FAST project eclipses the old standard bearer by many margins. FAST is already bringing in hard-to-obtain data about pulsars and interstellar molecules.

China expects to launch the Xuntian space telescope into the Earth’s orbit at the end of next year, matching the size and acuity of the legendary Hubble Space Telescope launched by Nasa 32 years ago. The new optical telescope will be able to take in about 300 times as much sky as Hubble and to survey about 40 per cent of the sky with its 2.5 billion pixel camera.

It will collect information in visible and ultraviolet light and is capable of star mapping, studying black holes and detecting distant exoplanets and fast-moving near-Earth objects such as wayward comets and asteroids. It is designed to co-orbit Earth and dock with the Tiangong space station.

China is having another stellar year in space, which is good news for the march of science everywhere, and a not-so-subtle reminder to reigning space champ, the US, that it can’t take being No 1 for granted, but it must invest and strive to stay ahead.

Philip J. Cunningham has been a regular visitor to China since 1983, working as a tour guide, TV producer, freelance writer, independent scholar and teacher